Hundreds of affordable rental units will be built in downtown Victoria.

The federal government announced it will be providing a $100-million loan to the developers of the Hudson Place 2 project in downtown Victoria in order to create 227 new affordable rental homes within the development.

“This is in an incredible project … that will help create more homes for Victorians,” Ahmed Hussen, Minister of Families, Children and Social Development, said during an announcement Tuesday.

Developed by Townline Homes Inc., Hudson Place 2 is a high-rise residential building that is currently under construction at 1700 Blanshard St.

“Building Hudson place two, is adding supply that will alleviate the upward pressure of rents due to a constraint on the Victoria rental market,” said Chris Colbeck, senior vice-president of development, sales and marketing for Townline Homes.

Once completed, the Hudson Place 2 will feature 245 residential units, with 227 units earmarked as affordable rental units under the Canada Mortgage and Housing Corporation affordability definitions.

Hudson Place 2 is expected to be completed in 2022, with move-in slated for summertime.

The $100-million loan is coming from the federal government’s Rental Construction Financing Initiative, which provides low-cost loans to encourage the construction of low-cost housing nationwide. The loan must be repaid within 10 years.

“People like teachers, nurses, shopkeepers, firefighters, paramedics, construction workers. Those people are finding it harder and harder to afford rent in Canada’s urban centres,” he said.

Experts say Tuesday’s announcement by the feds is another step in the right direction, as it shows the Trudeau government is looking at rental housing as a real solution.

“The fundamental problem in Victoria is there are too many people and not enough places, so more homes will help,” said Thomas Davidoff of the UBC Sauder School of Business. “Rentals are more affordable, you don’t need a down payment like in an owner-occupied unit.”

But actually making a dent in the supply problem is unlikely, says Davidoff.

“This is not going to make Victoria an affordable housing market, it’s a step in the right direction but we need to take many many steps,” he said. “I think what we need is more housing units, I think those are condos and those are rentals. The first units may not be the most affordable but they filter down.”

With the project aimed at more higher-paid working professionals, advocates say it misses the mark.

“Affordable for who? There are no income caps here, we are talking about housing that is really targeted to middle and high-earning income, this is not the housing we need in our community,” said Doug King, executive director of the Together Against Poverty Society.

Tuesday’s announcement comes less than a week after the feds, along with the province and Capital Regional District, unveiled plans to create 91 supportive housing units in the region for a cost of $1.31 million. 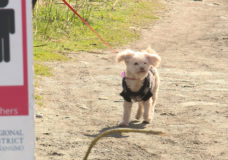 Dog rescued after falling into the Abyss along Nanaimo trail 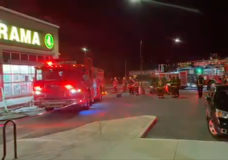