‘We are not going to forget you’: Federal government announces funding for vulnerable Canadians

The federal government is giving millions to charities that help children, the elderly, the less fortunate and at-risk Canadians.

On Sunday, March 29, Canadian Prime Minister Justin Trudeau announced that the federal government is giving $9 million to the United Way and $7.5 million to Kids Help Phone.

Money earmarked for the United Way will be used to fund a range of services from meal delivery to health checks for seniors, while the money announced for Kids Help Phone will be used to hire more counsellors and volunteers.

“Our seniors are particularly vulnerable to COVID-19,” Trudeau said. “We all know that and it is for them that so many of us are staying at home, self-isolating and following the rules. But even if they are safe and isolated, this is not easy on them,” he said.

For United Way of  Greater Victoria, it’s a timely contribution. “There are a number of meal programs out there today in various forms to seniors for all the reasons facing us now they aren’t being able to be delivered in that manner.” Said United Way of Greater Victoria CEO Mark Breslauer.

Trudeau also said the past couple of weeks have been challenging for kids as well.

“You haven’t seen your friends, [you’re] not able to go to school, you’ve been hunkered down with your parents and you’re watching the world you know change radically,” he said. “It’s a source of anxiety, it’s a source of tension. Maybe there is tension in your family, but there are people who can help. Reach out to Kids Help Phone.”

Additionally, Trudeau said the government has committed $200 million for non-profit organizations and shelters for the homeless and those fleeing family violence or sexual-related violence.

“For far too many people home isn’t a safe place to be,” Trudeau said, later adding. “We promise to help everyone get through this tough time. If you can’t go home because it isn’t safe or because you don’t have a home, we are not going to forget you.” 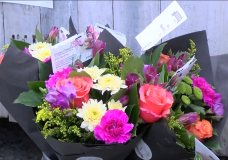 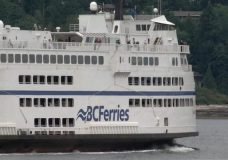