Posted: Sep. 22, 2021 6:50PM
CHEK
WatchFears grow over impacts of COVID-19 transmission on Victoria's street community WATCH LINE: One Victoria service provider says it has to treat everyone as COVID-19 positive as the virus spreads among the vulnerable street community. April Lawrence reports.

Fear that COVID is now spreading rapidly through Victoria’s street community has forced those who help the most vulnerable to take drastic measures.

“So it’s gotten to the point now where we have to treat everybody who comes into Our Place as COVID positive,” said Our Place Society Director of Communications Grant McKenzie.

It’s been two weeks since Island Health confirmed COVID clusters in supportive housing facilities and shelters. Since that time the number of active cases on the south island has more than doubled from 159 September 8 to 319 on September 21.

A BC Centre for Disease Control case count map shows the concentration of cases in the region is in the Downtown Victoria/Vic West Community Health Service Area.

When Island Health confirmed the clusters two weeks ago, it also said it had developed a plan to deal with the situation.

“We’ve had in plans in place for a long time anticipating these events would occur,” said Chief Medical Health Officer Dr. Richard Stanwick at the time.

Yet there appear to be some significant gaps in the system. Two homeless campers have told CHEK News they have been forced out of their tents each morning despite testing positive for COVID-19, leaving them with nowhere to isolate. McKenzie says they’re not alone.

“People who are accessing our sheltering system, when they’re released from hospital they’re just released back onto the street, so we have to try to find a place to put them but there is no isolating area to put people of no fixed address,” said McKenzie.

But the problem goes even further. Even those who have a home to isolate in can’t necessarily stay there.

“They’re self isolating in their place but they’ve got no meals they’ve got no food in the house so they’re accessing the services of Our Place in order to feed themselves so they have to break that isolation, they’re COVID positive but they’re coming to Our Place to get their meals.”

In a statement, BC Housing said all sites it funds, including shelters and supportive housing, have isolation plans in the event of a COVID positive test. Residents who have a positive COVID test will be supported to isolate within the shelter or supportive housing site.

It’s a stressful situation for those who work serving the city’s most vulnerable. Our Place is now limiting access to its drop-in centre, enforcing masks, and requiring all staff to be fully vaccinated by October 28.

The fear is that the case count will grow, and so will the serious health consequences for those who live on the streets or in supportive housing.

“The one thing we know about COVID is that it attacks the lungs and so many of the people we deal with in the street community have lung difficulties, either damaged lungs from smoking opioids or bouts of pneumonia from living on the street so their lungs are already fragile,” McKenzie said. 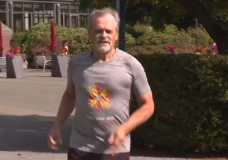 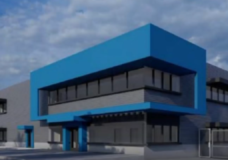