July 17, 2019 updated
CHEK
WatchThe giant sequoia standing in Centennial Square on Douglas Street is part of the city's landscape but its future may be up in the air. Mary Griffin has more

It’s part of the City of Victoria landscape: the giant sequoia in Centennial Square.

The sight is familiar to locals soaking up the noon sunshine. During the lunch hour, the tree is the background to conversations and even provides shade during a nap. But, its days may be numbered.

City staff is proposing that the tree be cut back.  Or even cut down. In its place a bike rack and a larger bus stop would be installed, opening up the square to Douglas Street.

When there isn’t an event, according to surveys, the public regards the area as “unsafe”, and “unwelcoming”.

The city is adding and improving the square as part of a renewal plan. But the final phase, the Action Plan, is still several years away.

The square was built in the 1960s as part of a major initiative. The idea behind it to reinvigorate the downtown neighbourhood.  Former City of Victoria planner Chris Gower it was visionary at the time of construction.

“Victoria was a tiny provincial kind of remote city in the middle 20th century. And inspiration swept through the city in the centennial era. And Centennial Square was one of the key projects in the city at the time. It was the best piece of urban design,” Gower said.

Gower drew up plans for Centennial Square that opened up Douglas Street while protecting the tree.

“This tree for sure has been a landmark in the city for many years. Of course, it’s seasonally a focal point for the city. Plus, it’s a kind of environmental statement for the city in itself.”

And residents enjoying the shade of the tree seem to agree.

For a link to the report that will be presented to city council, click here. 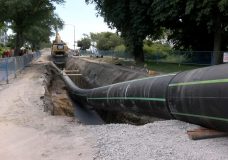 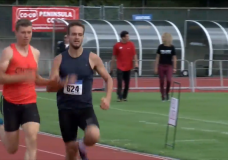