Police say the collision happened on Highway 19A around 12:50 p.m. and investigators determined a southbound Toyota with a lone male occupant entered the northbound lane and collided with a Ford pickup occupied by a man and woman.

The driver of the Toyota was pronounced dead at the scene, while the two people in the pickup suffered non-life threatening injuries.

Police say conditions were sunny, dry and warm at the time of the crash.

The highway was closed for several hours while the crash scene was assessed by investigators.

The highway reopened around 4:30 p.m.

North Vancouver Island Traffic Services (NVITS), Vancouver Island Collision Analysis and Reconstruction Service and the BC Coroners’ Service continue to investigate the cause of the collision.

Police believe speed and impairment are not factors in the crash. 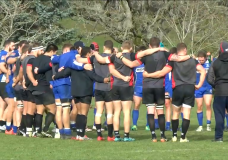 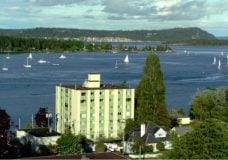