Victoria’s known for its pricey properties and world-class waterfront but now, a new real estate brokerage is taking it to a whole new level.

“I’ve already had a bunch of referrals from L.A. people who are interested in escaping the heat of their summer,” says Jason Binab, who holds the B.C. rights for The Agency along with business partner Brian Danyliw.

The Agency is featured on the Real Housewives of Beverly Hills and Million Dollar Listing L.A. but the first franchise in Canada isn’t in Toronto, Vancouver or Montreal. It’s on Vancouver Island with locations in Victoria and Nanaimo.

“The Agency is always trying to follow where the most dominated markets are and that is Canada, in general, but Victoria in particular,” says Agency realtor and Million Dollar Listing L.A. star James Harris. “These are areas we want to expand and so this just was an organic synergy that made a ton of sense.”

The Agency was started by Mauricio Umansky, who appears on the Real Housewives of Beverly Hills with his wife, Kyle Richards.

Umansky is the top agent in California and the number three agent in the United States with more than US$600 million in sales last year.  And now, with Binab, they’re hoping to bring international attention to Vancouver Island.

“People want privacy,” says Binab. “Whether they’re celebrities or whatever kind of people, they’re attracted to the fact that people are kind here and the hustle and bustle just isn’t the same.”

But does Victoria need another luxury real estate firm? Given the city’s housing and affordability crisis, some people fear this could push prices up even further.

“It’ll probably just set the bar even higher and make real estate prices even more out of reach for regular people,” says one Victoria resident.

“Prices are already to high, way too high,” says another.

But get ready for more glitz and glamour. As The Agency expands, Binab says Vancouver, Whistler and the Okanagan are next. 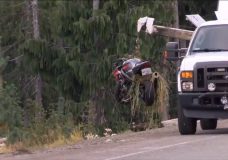 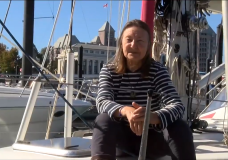