Just two days ago, the sight of snow was something the Wavedila family had only seen through a television screen, but on Wednesday, they’ve woken up to a warm Canadian welcoming.

“I hear the noise then I went to the window to look outside, and I was like oh my this is the snow!” said Faustin Wavedila.

The family of three immigrated to Canada from the Republic of Congo eight months ago. They say they knew about the conditions of Canadian winters but were told they would escape it here in Victoria. “I didn’t expect because they were saying it’s the warmest place, so I didn’t expect that,” said Patricia Malaba.

“Victoria is the warmest part of the whole Canada, I didn’t think about this,” added her husband Faustin.

For their daughter Samuella, it was her first-ever snow day away from school, and she’s taking it all in.

“It was really exciting seeing the snow because my dad just told me oh no it’s snowing outside and I was like so excited and my friends were like oh it’s your first time seeing snow and we started making snowmen and throwing snowballs at each other,” Wavedila said.

They may have been caught off guard by the weather, but they’re taking all in stride, smiling through it all.

“Seeing my daughter walking around with all this security and safety. I’m like so excited. I really like Canada.” Faustin said. Safety and quality of life was a big reason the family immigrated to Canada.

It’s a new beginning, full of new experiences and today they take the first steps through a winter wonderland. 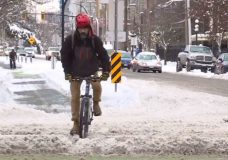 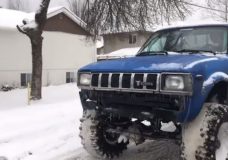