The buzz in Nanaimo’s Old City Tattoo parlour Wednesday, was all about the pain of rising interest rates.

Titterton was receiving tattooed flowers on her arm in honour of her kids, and the Victoria mother worried about how they would afford to own a home in this soaring market.

As of Wednesday homeowners on variable mortgages will face higher monthly payments for the first time since 2018, and are warned the Bank of Canada’s increase of 0.25 per cent, to 0.5 per cent, will be one of many to come.

Tattoo artist Joel Lee, bought his Nanaimo home for $100,000 over asking price last year, and said many of his clients in their 20s are planning to buy vans to live in.

“A lot of them are telling me their plan is to buy a sprinter or a van they can live in. Because they know they can’t afford a house,” said Lee.

According to Mortgage Broker Nolan Smith, he still recommends variable-rate mortgages despite the rate hike.

“It will affect people’s payments but for every $100,000 you borrow it’s only an increase of like 12 bucks a month so it’s not a crazy, crazy jump but there are more coming for sure,” said Nolan Smith, owner of Oceanvale Mortgage & Finance.

The interest rate hike was intended to curb spending and ultimately reduce inflation in Canada. But experts in the Vancouver Island real estate market where supply is low and demand high, expect it to only increase prices.

“We’re anticipating in 2022 to see a lot of increases of interest rates unfortunately. Our problem is our housing supply. We just don’t have enough homes to meet the demands. We’re about 25,000 homes short in British Columbia to service the 64,000 people who are looking for homes,” said Kelly O’Dwyer, incoming president of the Vancouver Island Real Estate Board.

Which for the short term, means house prices will likely keep going higher, even as interest rates rise. 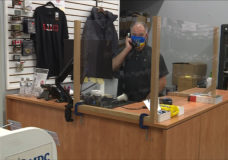 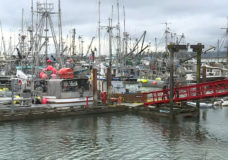