The fleet of commercial fishing vessels up and down the B.C. coast won’t be going too far this year as 79 salmon fisheries and most of the coastal herring fishery remain closed.

That means fishermen like James Lawson of Campbell River could have a difficult time making ends meet this year.

“Yeah we’ve seen massive cuts and we’re not meant to see any compensation for it even though their internal science says we could be fishing at a higher rate,” said Lawson, who is also president of the United Fisherman & Allied Workers Union.

It’s a debate about not being able to fish for herring, for example when they believe there’s still enough to harvest sustainably or get compensation because their livelihoods are being taken away from them.

“Myself and my wife Esther, this is how we make a living to feed our family,” said fisherman Quincy Sample in Comox. “We work together, we keep our expenses low, but we’ve had a death of a thousand cuts because of all the fishing closures.”

“The DFO says, well, they might not come back so you don’t get to fish, but that’s our livelihood,” said Lawson. “Like where are we supposed to go from there?”

Lawson says the union is so worried about the state of fishing that it recently added mental health benefits for union members.

He says people could lose their homes or more if there isn’t some kind of government compensation package.

The Department of Fisheries and Oceans told CHEK News Wednesday it is offering to buy back commercial licences that could be worth tens of thousands of dollars or more.

But that’s old news to men and women down on the dock who say that offer is worthless to everyone who works in the industry but doesn’t own a licence.

“Other resource industries are receiving financial compensation from provincial and federal governments and fishermen are not,” added Lawson.

A USAWU press release states, “Despite nearly $360 million dedicated to current emergency and transitional support for forestry and agriculture workers impacted by climate change and new environmental policies, BC fish harvesters impacted by these same factors are being entirely overlooked and ignored.”

“In 2021, Fisheries and Oceans Canada (DFO) announced the closures of 79 salmon fisheries as part of the Pacific Salmon Strategy Initiative (PSSI). A new approach to Pacific herring management that will see ‘most commercial fisheries for Pacific herring closed’ was also announced last month,” reads the release.

Sointula’s Calvin Cedar says there should be retraining for young people.

“Young people in this industry should get help to retrain,” said Cedar. “I don’t know what they’d do with an old guy like me to tell you the truth. I don’t want just a government cheque. I want to be a taxpayer, and that’s what we’ve been our whole lives.” 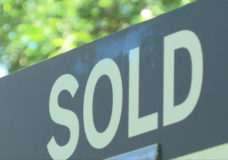 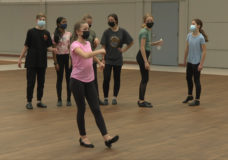