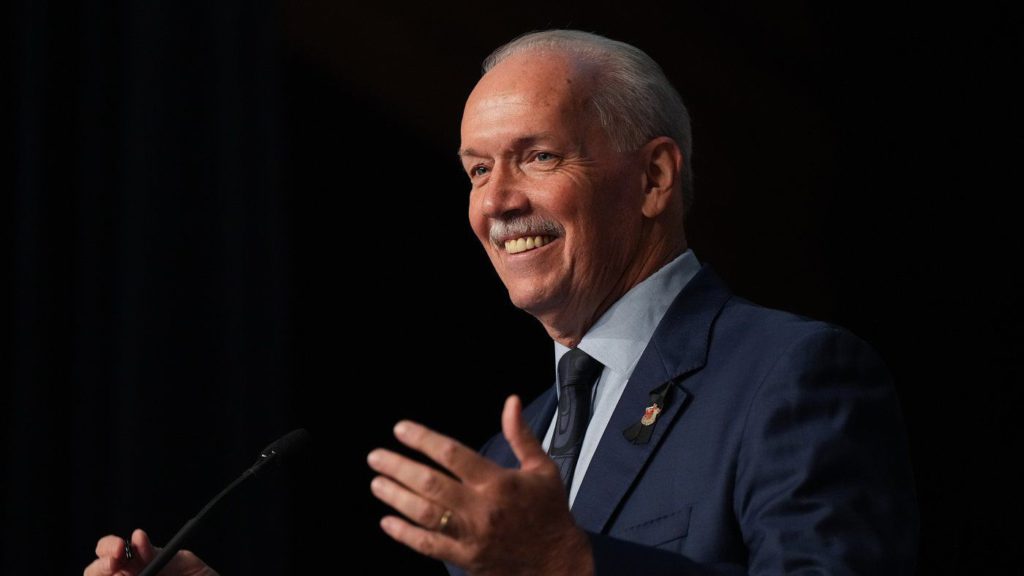 THE CANADIAN PRESS/Darryl Dyck
B.C. Premier John Horgan speaks, in Whistler, B.C., on Friday, Sept. 16, 2022. John Horgan says some of the greatest lessons he learned while premier of British Columbia came from people he had considered political adversaries.

John Horgan says some of the greatest lessons he learned while premier of British Columbia came from people considered political adversaries.

But Horgan’s trademark short fuse still burns brightly when it comes to confronting issues of bullying or what he considers “thuggery.”

Protesters who show up at his home or block traffic get his blood boiling.

“I spent my lifetime as a big guy defending people who were being pushed around by people who thought they were better,” Horgan said in an interview, reflecting on recent heated comments he made at one of his final news conferences as premier.

“It’s the bullying that incenses me. It triggers me. There’s no doubt about it. I’m unapologetic about it.”

Horgan’s last official day as premier is Nov. 18, when recently acclaimed New Democrat leader David Eby will be sworn in to replace him.

Horgan, 63, who has twice battled cancer, said last summer that health reasons were forcing him to retire after five years as premier, eight years as NDP leader and five terms as a member of the legislature.

Horgan, known for his take-no-prisoners approach while in Opposition, said he adopted a more open-minded style while working with the B.C. Greens who helped him form a minority government in 2017.

Horgan said he considered the Greens political adversaries before forming the minority government, but the two parties learned to work together.

“When we sat down and said, ‘OK, these are some of the things we want to get accomplished and what do you support,'” said Horgan, “we discovered that we, both groups, supported a lot of the same things.”

He said he would never have predicted being able to work with Weaver in opposition, but it worked in government and Weaver played a large role helping steer NDP climate policy.

Horgan also recalled the period after the 2017 election when both the Liberals and NDP were looking for Green support to form government and he and Weaver were spotted sitting together at a women’s rugby sevens match in Langford.

Horgan said the two leaders struck the makings of a deal in the hours just before the game and then they ended up in the stadium together.

“We had a meeting in the morning,” said Horgan. “We had been meeting throughout the week after the election and we agreed we had a framework for a confidence-and-supply agreement. We shook hands on it and I said, ‘I’m going to the rugby game,’ and he said, ‘Hey, me too. I’ll see you there.’ That’s how that came about.”

Horgan said he also learned about political friendships between adversaries at the Council of the Federation, where he spent time as official spokesman for Canada’s premiers and territorial leaders.

“I was the lone New Democrat at the table and I started building relationships early on and I learned the best way to find a way forward is to collaborate,” he said.

Horgan, who played lacrosse and basketball in his younger days, said he took a team-player approach to dealing with the other premiers, especially Kenney and Ford.

“That really assisted me dealing with Jason, who, quite frankly, has a great deal to offer,” he said. “He was a federal minister. So, when we were engaging with the federal government, we were able to say, ‘Well Jason, what do you think because you’ve been in these shoes before.'”

Horgan said he quickly learned that Ford’s presence at any meeting usually commanded the most media attention and while the Ontario premier was behind microphones at news conferences, the other leaders were talking.

“When Doug Ford rolled into town, just elected, everybody dropped us like a hot rock,” he said. “Doug always says, ‘You’re not like the NDP in Ontario.’ He always says that.”

Horgan acknowledged the major issues he promised to address in 2017 — health care, affordability and housing — are still huge concerns today.

“The challenges that we worked on still exist today because the government is always trying to not solve problems for all time, but making sure we’re making progress on these problems,” Horgan said. “We tried in every circumstance to reduce costs for people and I think we were successful.”

B.C. made history in November 2019 when the Declaration on the Rights of Indigenous Peoples Act became law, Horgan said.

But he said a low point was the failure to win public support for the government’s plan to tear down and build a new Royal B.C. Museum. Horgan called a news conference to cancel the project, saying he accepted blame for its failure to move forward.

“I misread the public,” he said. “It was on me and not anybody else.”

Horgan, however, said he has little time for people or groups who resort to tactics that upset or potentially harm others to make their point.

He said he became angry during a recent news conference when asked about the NDP’s decision to disqualify former leadership candidate Anjali Appadurai from the race following a party ruling that her campaign breached membership sign-up rules.

Horgan said Appadurai’s supporters engaged in a blanket email and phone-call effort to upset the volunteer members of the NDP executive who were voting on the future of her campaign.

“I was not angry at environmental voters, I was angry at people who think they are better than everyone else and everyone has to follow their lead, which is disrupting people’s lives,” he said. “People who want to make progress on the challenges of our time, come and work with us.”

Horgan’s quick temper is also matched by a sharp sense of humour.

In 2017, during his first visit to Ottawa as premier during tense confrontations with the federal government over B.C.’s opposition to what now is the TMX pipeline project from Alberta to B.C.’s north coast, Horgan accidentally knocked over his glass of water at a news conference.

Without missing a beat, he said “Spills happen.”

“And I said, yes you will, it’s a federal responsibility,” Horgan recalled. 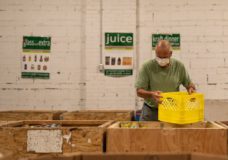 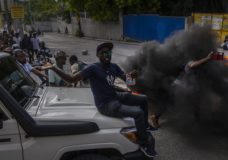 Haiti police to probe death of reporter during gathering