The beautiful ocean view sold Lana Caulfield on her Sidney condo but the dream retirement residence turned into a nightmare for the 75-year-old.

“I thought I was smart enough not to get taken and I wasn’t,” Caulfield says.

The senior says she’s out more than $95,000 for a renovation gone horribly wrong.

She says the contractor she hired, Lance Williams of Alberta, didn’t pull any permits before starting the job last July.

The renovation dragged on for months and when building inspectors were tipped off, they found a long list of issues and serious safety concerns.

“This cork was put down with heating pads on top of it for in-floor heating and when we took it up, we found the in-floor heating was actually burning the pads,” explains Caulfied’s new contractor, Mike Banyard of Mike’s atop Dog Contracting.

Caulfield was told the entire building could have burnt down.

“I felt guilty,” Caulfield says while starting to cry. “It’s not just that there’s firewalls he cut through but he also removed the smoke sensor so the there would have been no warning to other tenants. Evidently, all the ceiling has to come down because the proper gyp-rock isn’t there. It’s just one thing after another. It’s pretty bad.”

So bad, everything has to be ripped out and redone because the township says almost everything was done improperly.

“When you’re in amulti-tenantt building, you’re actually risking the lives of everybody in the building,” Banyard says. “Point blank, that’s where you’re at.”

Caulfield says she’s now worried other properties Williams worked on could be at risk.

“I am terrified that all the other condos he’s done in this town could be a danger to people,” she says. “We found out this place was an accident waiting to happen.”

CHEK contacted Lance Williams to hear his side of the story but he declined to do an interview.

He told us the rules are different in Alberta and he claims most of the mistakes were made by sub-trades.

Williams says he’s moved back to Alberta and doesn’t plan to return to B.C.

As for Caulfield’s condo, it will likely take two more months to finish so she can finally move in. 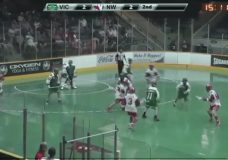 Shamrocks gear up for Game 2 tonight at Q Centre 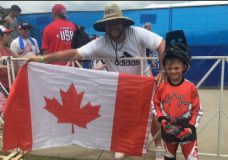