“This isn’t so bad. Right along the bone here, is pretty bad. And then up here in the armpit is pretty bad as well,” Lavigne said while getting a new tattoo.

The outline for his tattoo took seven hours to finish. Wednesday’s session was set to take Incendiary Tattoos and Piercing owner Jim Carter another four hours.

“I’m going to ballpark about 25 to 35 hours. We’re doing it in black and grey.  If it was full colour,  it would probably be up to fifty hours,” Carter said.

Carter is re-creating the Knights of Templar on Lavigne’s left arm. Business is good these days especially since the Royal Canadian Navy relaxed its tattoo policy earlier this year, so personnel can tattoo their hands, and even their necks. The only area off-limits is their head.

“The military does serve as a huge part of our clientele. Every year in the summer especially they get a lot of the trainees coming in. So there is constantly a fresh wave of people coming into the military so I get a constant influx of business,” Carter said.

Watching his friend was Leading Seaman David Ross, also a tattoo aficionado. His first tattoo at the shop was a crown.

There wasn’t much behind the idea. I just liked the idea of getting a crown,” Ross said.

Ross and Lavigne are part of the generation the navy wants to retain and recruit. Carter says the navy’s new policy is just reflecting society.

“If you don’t have a tattoo, you are a visible minority. Especially in cities like Victoria and Vancouver, where it is a heavily tattooed population. Half the Victoria Police force are fully sleeved. Judges, lawyers, every walk nowadays,” Carter said.

“I’ve always loved tattoos. So I think it’s great. people should be able to express themselves. So for them to relax that, I think that was a good decision,” Lavigne said. 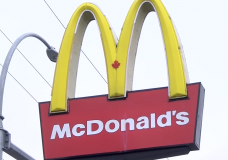 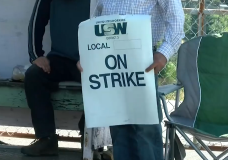