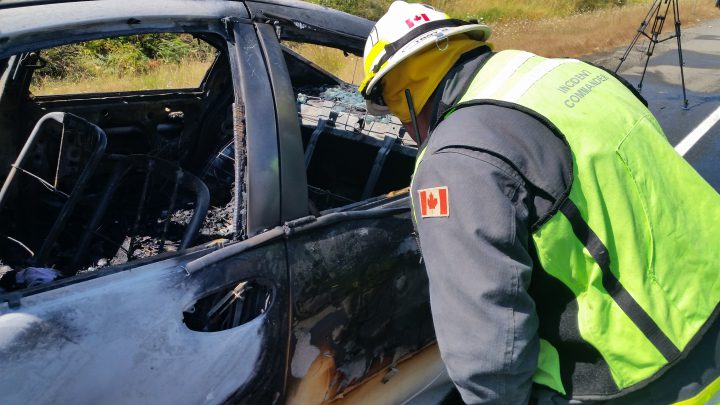 A vehicle fire on Highway 19 was quickly extinguished Friday by Errington firefighters.

According to the Errington Volunteer Fire Department, a report of a southbound car on fire on the Inland Island Highway came in around 11 a.m. The car was located near the Parksville/Coombs exit near the Coastal Fire Centre base.

A female driver was the only person in the vehicle and was able to leave safely. She was checked out by BC Ambulance at the scene.

The car was engulfed in flames and a tire blew out, which sparked a small grass fire beside the vehicle. Errington firefighters were able to fully extinguish both fires with assistance from the Coastal Fire Centre.

“With the conditions and the grass fire and parking off to the side it was very concerning but luckily she was off far enough that it didn’t catch til the tire blew and I showed up just in time,” Troy Bater, Errington fire department chief, said.

One southbound lane was closed for about an hour and a half as the fire was extinguished. The highway has since reopened. 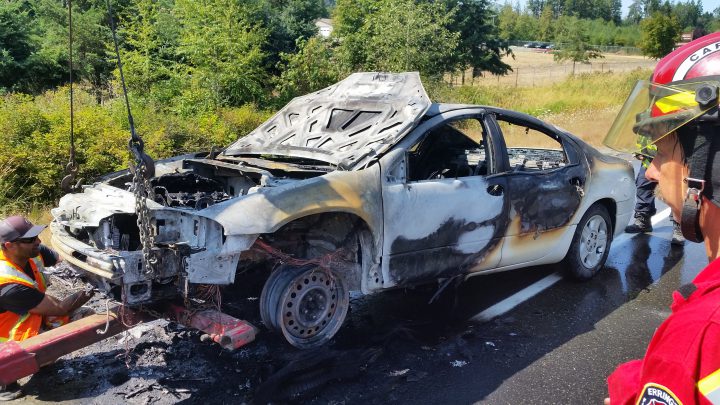 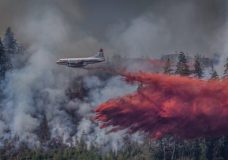 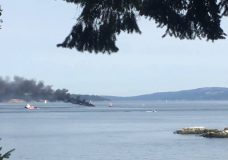