Posted: Nov. 12, 2019 6:04PM
CHEK
WatchThe environmental group, Extinction Rebellion, is planning another protest. Last month it shut down vehicular traffic during the evening rush hour on the Johnson Street Bridge. This time the group has another target in its sight: the Times-Colonist newspaper. Mary Griffin reports.

The Times Colonist newsroom and staff go about the business of putting together a daily newspaper every day.

It’s not exactly what you would expect to be the target of an environmental protest. The announcement from Extinction Rebellion that they were planning a protest on Wednesday came as a surprise to the Times Colonist’s editor-in-chief and publisher, Dave Obee.

“I think I found out on Saturday on Facebook. That they were planning something here,” Obee said.

The same group that shut down the Johnson Street Bridge, trapping vehicular traffic, in October.

“It treats it as an unremarkable benign story. And it’s not that. It’s an emergency. We are looking at ever-escalating levels of carbon dioxide in the atmosphere. And frankly, the Times-Colonist is a corporate cousin to some of the most powerful propagandists on behalf of fossil fuels in Canada,” Nykanen said.

But back in the newsroom, Obee couldn’t disagree more. The Times Colonist lost advertisers when it ran editorials opposing the now-defunct Northern Gateway pipeline, a position separate from its owner.

“I think one reason they are coming after us is our connection to Glacier Media, which has some oil and gas publications in Alberta. But all decisions about coverage here are made here. We’re not influenced by Glacier Media. We’re not told what to do by Glacier Media. And frankly, we’re not about to give in to this kind of pressure either,” Obee said. Glacier Media owns the Times Colonist.

UVic psychology professor Dr. Robert Gifford believes that while these protests are disruptive, that’s the point.

“Absolutely they have an impact. They will be a few people turned off. But people will say, yeah, think they are on the right track,” Dr. Gifford said.

“We’re not picking on the Times Colonist. The Times Colonist is an iconic newspaper. It continues to have influence in this community. That’s why we’re singling them out,” Nykanen said. 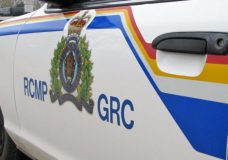 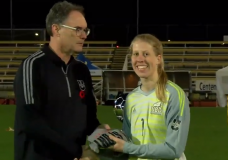