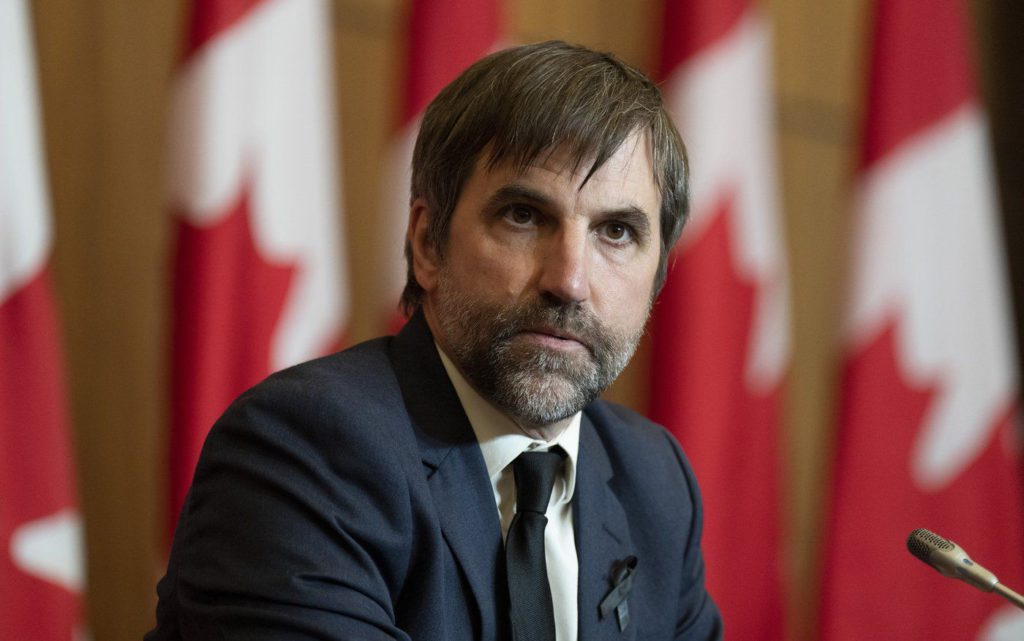 THE CANADIAN PRESS/Adrian Wyld
Minister of Environment and Climate Change Steven Guilbeault is seen during a news conference in Ottawa, Thursday, Sept. 15, 2022. Guilbeault says Canada's promised emissions cap on the oil and gas sector won't be finalized for another year.

A cap on greenhouse gas emissions from Canada’s oil and gas sector will be ready by the end of next year, Environment Minister Steven Guilbeault said Monday.

In an interview from Egypt, where he is attending the 27th instalment of the United Nations climate talks, Guilbeault said the government is developing the regulations in “record time.”

The final regulations are now expected to come at least two years after the Liberals first promised the cap in their 2021 election campaign platform.

“We will have draft regulations maybe by the spring, at the latest in the first half of the year,” Guilbeault said. “And then the goal is to have the complete regulations by before Christmas, which is, you know, record level time to develop regulations.”

He noted regulations to put a clean fuel standard in place took more than five years.

The timeline will still be disappointing to many Canadian environmental organizations, who prefaced their own journeys to the COP27 talks with the hope that Guilbeault would at least use the event to put a number on where the cap will start.

Keith Brooks, programs manager at Environmental Defence, said oil companies made record profits in the last year as world oil prices soared following Russia’s invasion in Ukraine. But he said they’ve shown no urgency to spend much of that profit on climate action.

“We have these oil companies that have just made massive profits and they’re saying they can’t respond quickly and invest in (emissions reductions),” said Brooks. “But I think if they knew where the cap is going to be set, that might inject some urgency into the conversation for them.”

Guilbeault himself has heavily criticized oilsands companies for directing more of their record profits to shareholders than climate programs.

The only suggestion the government has made on the cap’s targets to date comes from the Emissions Reduction Plan published in March. It set a tentative emissions target for oil and gas in 2030 of 110 million tonnes. That’s a 46 per cent cut from 2019 levels, and 32 per cent over 2005.

Canada is aiming to cut emissions across all sectors 40 to 45 per cent below 2005 levels by 2030. Environmental Defence and the Climate Action Network Canada both said as COP27 began that the oil and gas target needs to be set 60 per cent lower than 2005 levels.

Emissions from oil and gas production account for about one-quarter of Canada’s total carbon footprint, and are 83 per cent higher than they were 30 years ago. Overall emissions in Canada are about 23 per cent higher over the same time period.

Guilbeault, who sat on the environmental activist side of the table at COP meetings before he was elected as a member of Parliament in 2019, now finds himself accusing his former colleagues of being “disingenuous” by demanding he produce information on the cap now.

“Listen, the people who say we should do that right now would be the first ones to criticize me if I didn’t do proper consultations with, for example, Indigenous people in Canada — as we have a constitutional duty to do,” he said. “They know very well how our system works.”

Canada’s rules for new regulations require certain amounts of consultation, including the publication of draft regulations and the acceptance of public comments on the draft before the final version is published.

“Frankly, I think it’s a bit disingenuous to be saying, ‘Well, you know, we want the cap now,” Guilbeault said. “They clearly know how it works. And we’re cutting in half the time it takes to develop regulations.”

The cap is not the only collision between the federal government and environment groups in Egypt. Several groups heavily criticized Canada for including oil and gas companies and banks that finance fossil-fuel projects in the Canadian delegation.

On Friday, the Canadian Pavilion hosted an event with the Pathways Alliance, a consortium of Canada’s major oilsands companies. Several environment groups staged a boisterous walkout at the event.

Julia Levin, the national climate manager at Environmental Defence, tweeted Monday that oil and gas companies are polluters without good-faith commitment to combating climate change, and that they shouldn’t be allowed at the negotiations.

“The presence of fossil-fuel lobbyists is overwhelming at COP27,” she said. “They are spending big bucks to be here and peddle their false solutions like (carbon capture and storage.)”

Guilbeault said everyone should be given a seat at the table.

“I respectfully disagree with my ex-colleagues from the environmental movement,” he said.

“I think it’s a very slippery slope when governments start deciding in a democratic society who can participate and who can’t.”

This report by The Canadian Press was first published Nov. 14, 2022. 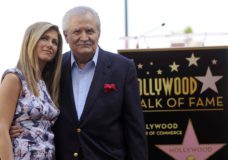 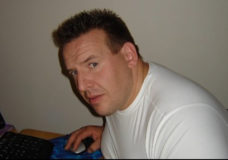