Warning: This story contains graphic details of violence that may be upsetting to some readers.

Nanaimo’s Alan Chapman, 50, has been sentenced to life in prison with no eligibility for parole for 18 years for a ‘heinous’ 2019 stabbing spree against a family asleep in their Brentwood Bay home.

“The violence done to her was unspeakable,” said Judge Tony Saunders while reading his reasons for judgment. “Her murder was carried out in heinous, brutal nature.”

Emily Caruana, 20, was visiting her grandmother in Central Saanich on May 11, 2019, with her boyfriend Justin Booth when she was stabbed to death by Chapman in her sleep, one day before Mother’s Day.

#New: Nanaimo’s 50-year-old Alan Chapman is sentenced to life in prison for 18 years until eligible for parole, served concurrently with two 7-year sentences for aggravated assault for a 'heinous' 2019 stabbing spree where Chapman stabbed to death 20-year-old Emily Caruana. pic.twitter.com/3I8HLV2QH3

In an autopsy, Emily’s body was found riddled with 38 stab wounds. Her right lung had collapsed, and her vertebral artery in the right side of her neck, heart, and intestines were all punctured.

“Emily was an innocent young woman who in no way was known to the man who so brutally took her life,” said Christine Ottewel, Emily’s aunt to CHEK News.

In an agreed statement of facts, Chapman admitted to thinking Emily was another person. A publication ban prohibits CHEK News from publicizing who Chapman’s intended victim was.

Chapman believed himself to be falsely accused of another crime, and told police upon arrest, he’d rather do time for a crime that was ‘real’. When told of his charge of second-degree murder, Chapman told police he had intended to kill someone.

“I deliberately finished one off,” Chapman told investigators.

When arrested, police found five crack cocaine pipes and dozens of units of nitrous oxide in Chapman’s car. He admitted to police he’d been using both drugs in the days leading up to, and on the night of, May 10, 2019, when he broke into the house on Meadowlark Lane, searched for a chef’s knife, then carried out a stabbing spree.

Caught by surprise and totally defenceless

It was an emotional day in the courtroom, where the family of Emily delivered their victim impact statements and detailed how they will remain tormented by how she died for the rest of their lives.

Her boyfriend Justin Booth, 24 at the time of the attack, remembered Emily begging and pleading with Chapman that he had the wrong person.

Booth suffered a large laceration to his forehead, cheek, and the back of his head, with two stab wounds to his upper cheek. His left lung collapsed, and his left internal jugular injury required neck surgery and a massive transfusion.

Booth’s left hand, where he’s had multiple surgeries, can’t hold a pen or pencil, and tires quickly. Booth had to take two years off work, and while he was on long-term disability, he says he missed out on opportunities with much higher salaries.

Booth says he lives with the fear of an attack like this happening again.

John Caruana was 41 at the time of the attack. He’d spent the day with the family at the Royal BC Museum and petting zoo before settling into bed for the night.

John ran after Chapman through the house, suffering multiple large stab wounds on his back near his rib cage, trying to protect his family. John had to undergo two life-saving surgeries. Surgeons had to remove part of one kidney and his urinary tract. Doctors say one stab wound missed an important artery by centimetres.

Chapman has been sentenced to two concurrent seven-year sentences for the aggravated assault of both John and Justin.

Emily was pronounced dead at the scene. In the courtroom, she was described as a young woman just shy of graduating from college and starting her education degree at UBC where she dreamt of being a teacher.

She hadn’t learned to drive a car yet, and her aunt says she had a loving heart, which wanted to rescue any stray cat she saw.

“She deeply touched the lives of many people. Her loss has been devastating to all of us,” said Ottewell.

Many of Emily’s family members detailed their individual PTSD, anxiety, and depression they all face as a result of the attack. Some are afraid to fall asleep or be alone.

“I feel like our family was violated when we were already vulnerable and grieving,” said Cindy Lee Sonier, who is married to John, and is Emily’s aunt.

The family was recently mourning the loss of their grandfather.

At one point, Ottewell locked eyes with Chapman in the prisoner’s booth and delivered a message seemingly just for him.

“She had a right to be safe at her Nana’s house,” Ottewell said through tears. Chapman met her gaze.

The defence went over Chapman’s sporadic and dated criminal record and his long history of drug use, telling the courtroom that he had just lost his job, painting him not as a cold, calculated killer, but a man who has hope to reintegrate into society.

When given the opportunity to speak, Chapman addressed the court briefly, expressing remorse.

“In this tragic set of circumstances, there is nothing I can do to relieve your ongoing pain as a family. I do not hope to understand or expect your forgiveness. I know that no level of remorse on my part would warrant it. I am truly sorry for what happened. All I really have to offer is my guilty plea to bring closure to the court process. Perhaps this will aid your grieving process,” said Chapman.

“She died full of dreams”

Emily’s family says she had so much to live for and that debt over her death will never be repaid, but are hoping to heal.

“The life sentence Mr. Chapman has been handed today was the only outcome we were prepared to accept. We are hopeful that with today’s sentencing we can focus on Emily’s life and not just how she died,” said the family in a statement to CHEK News.

The family maintains that regardless of her killers’ apology, Emily’s inexplicably violent murder will torment them for the rest of their lives. 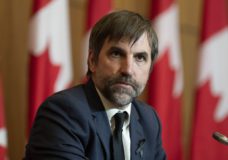 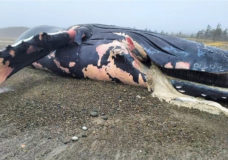 Fourth dead humpback whale in a month turns up on B.C. shoreline