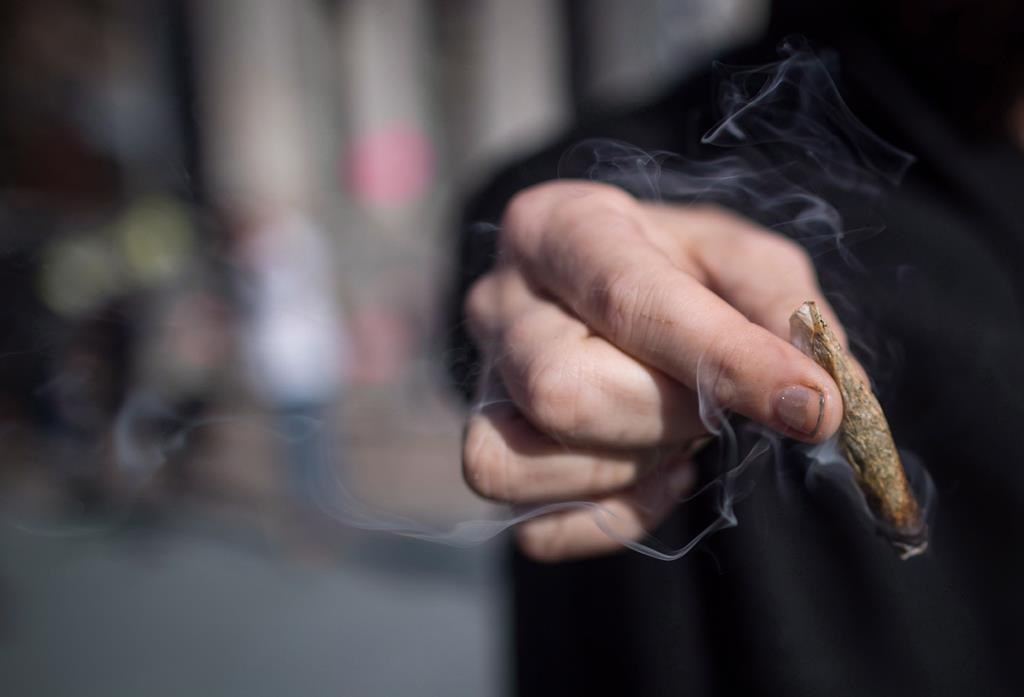 THE CANADIAN PRESS/Darryl Dyck
A man holds a joint while smoking marijuana, in Vancouver on Wednesday Oct. 17, 2018. British Columbia has released the results of its public engagement to help inform the government's decision on allowing spaces for consuming cannabis.

British Columbia has released results of public engagement on the possible approval of cannabis consumption spaces, such as at lounges, cafes, special events or other businesses where marijuana products are available for sale.

The report, produced by the Ministry of Public Safety to inform a decision on consumption spaces, shows most respondents who use cannabis like the idea, while there’s opposition from those who don’t consume the drug.

It says there may be at least 750,000 people in B.C. interested in visiting a cannabis consumption space, based on the engagement launched last spring and a 2021 survey that estimated 1.4 million residents used the drug in the previous year.

But the report shows responses from public health and safety stakeholders expressed concerns that both cannabis and alcohol might be purchased and consumed at the same locations, which could raise the risk of impaired driving.

Survey respondents were informed that indoor smoking and vaping would not be permitted in the potential cannabis consumption spaces, but some may not have considered that restriction when submitting their feedback, it adds.

The report released Tuesday shows 61 per cent of 730 people randomly selected for a telephone survey were open to cannabis consumption spaces, with support from 48 per cent of respondents who indicated they do not consume the drug.

However, the report says the results from the online survey don’t necessarily represent the opinions of the broader B.C. population because of the potential for self-selection bias associated with choosing to take part.

Those surveyed by telephone indicated similar levels of support and opposition to alcohol and cannabis being sold at the same locations at just over 40 per cent, while 64 per cent of online respondents opposed such an arrangement.

The most common reason for opposing the “co-location” of cannabis and alcohol was the challenge it would present for business owners and customers in assessing intoxication and preventing overconsumption, the report says.

Meanwhile, it says most organizations affiliated with the cannabis industry supported co-location, with some raising arguments around individual choice and questioning the feasibility of establishing separate cannabis consumption spaces while competing with businesses that serve alcohol.

In general, it says those who approved of cannabis consumption spaces tended to see them as a way to create jobs, support local businesses, reduce stigma associated with its use and provide a place for people to socialize.

The surveys revealed some demographic differences, with greater support for cannabis consumption spaces among men, younger people, Indigenous respondents and those who did not identify as a “visible minority,” the report notes.

The B.C. government has not yet made a decision about cannabis consumption spaces, what types of spaces might be allowed, or how they may be regulated.

A discussion paper released by the Ministry of Public Safety last spring outlined five proposed principles to guide the approach to consumption spaces, including prioritizing public safety, respecting local control over land-use decisions, and encouraging consumers to transition to the regulated rather than illegal market.

This report by The Canadian Press was first published Jan. 10, 2023. 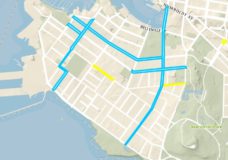 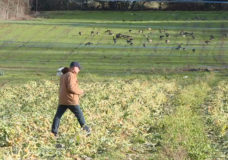