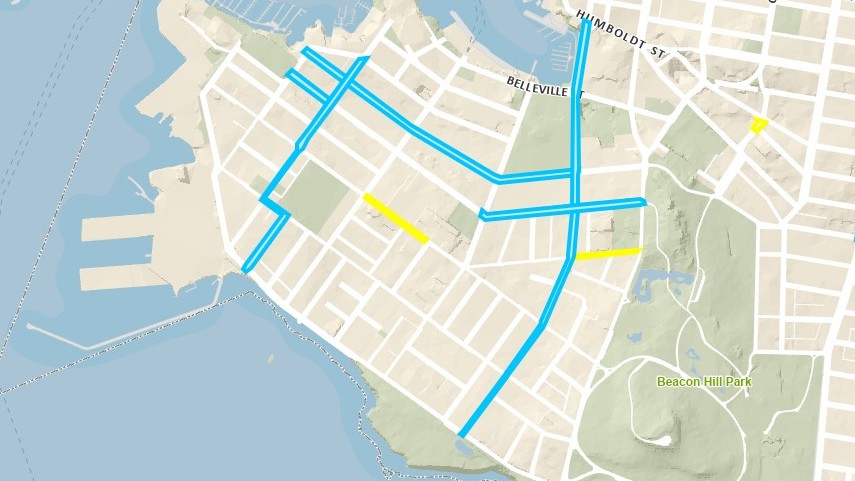 City of Victoria
The streets highlighted in blue are set to have construction on traffic calming, pedestrian improvements, or bike infrastructure and the yellow shows upcoming projects.

Construction on traffic-calming, pedestrian improvements, and bike infrastructure is set to begin in James Bay this week for an estimated cost of $4.7 million, with funding coming from the provincial and federal governments and ICBC.

Superior, Montreal and Government streets will get a combination of protected and painted bike lanes and traffic-calming elements like speed humps on shared-use parts of the corridor.

There will also be 835 metres of road paving, upgraded crossings at 15 intersections, an electric vehicle fast-charging station, a community berry garden and a new traffic signal at Belleville and Menzies streets. 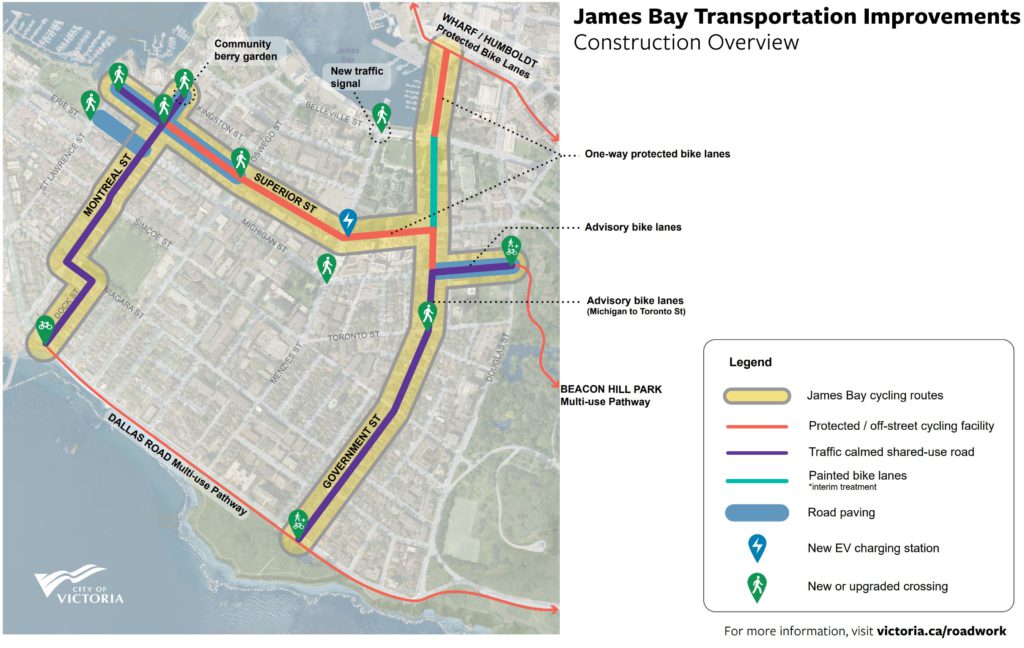 “We heard strong support from the public to improve transportation options and safety in James Bay,” said Mayor Marianne Alto. “This project will connect the neighbourhood with the rest of the City’s AAA cycling network and result in a more welcoming and accessible environment for residents and visitors alike.”

The City of Victoria conducted public engagement where 1,300 residents participated in the two phases in 2021. 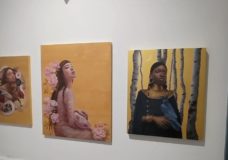 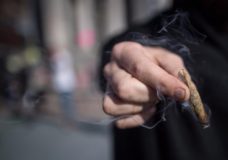