Today was delivery day for a number of emergency shelter units in the Cowichan Valley.

The new sleeping cabins will mean nearly 40 people that were living in tents will now have a heated and dry place to stay every night.

Workers carefully delivered many of the units Monday that will provide more comfortable accommodations to 39 Cowichan Valley residents who have been sleeping in tents.

For the builders, these emergency shelters are a personal project.

They designed them, found companies willing to give supplies at cost, donated labour, all in a hot housing market where they could easily have focussed on profitable work.

Each unit fully installed costs $6,000 dollars. The federal and provincial governments providing the funding with the federal money coming through the United Way Central and Northern Vancouver Island.

“As a company, we want to be able to provide safe and affordable housing for everybody and we feel this is a really important project to give back to the community,” said Jackson.

Cowichan’s Housing Association says this is a great example of the business community showing its heart.

“The generosity they’ve shown in putting these together in the time frame. They worked through Christmas all the fellows on these projects,” said John Horn, the association’s executive director.

“It is a good example of how the community has come together and delivered a product that meets everyone’s needs and yet delivers great value for the taxpayer.”

If the model is successful Horn hopes this kind of housing could help others still out living on the streets.

But Duncan’s mayor says this still isn’t a solution for those people that can’t live in a community because of their mental health or addiction issues.

“Let’s find ways of providing those supports that people need because at the end it benefits all of us,” said Duncan Mayor Michelle Staples.

But she says the emergency shelter units are an important improvement for some of the region’s most vulnerable.

The units will be placed between two sites in the Cowichan Valley where some homeless have been able to call home since an initiative to house homeless last spring. 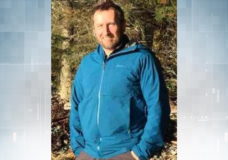 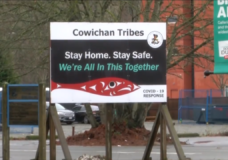