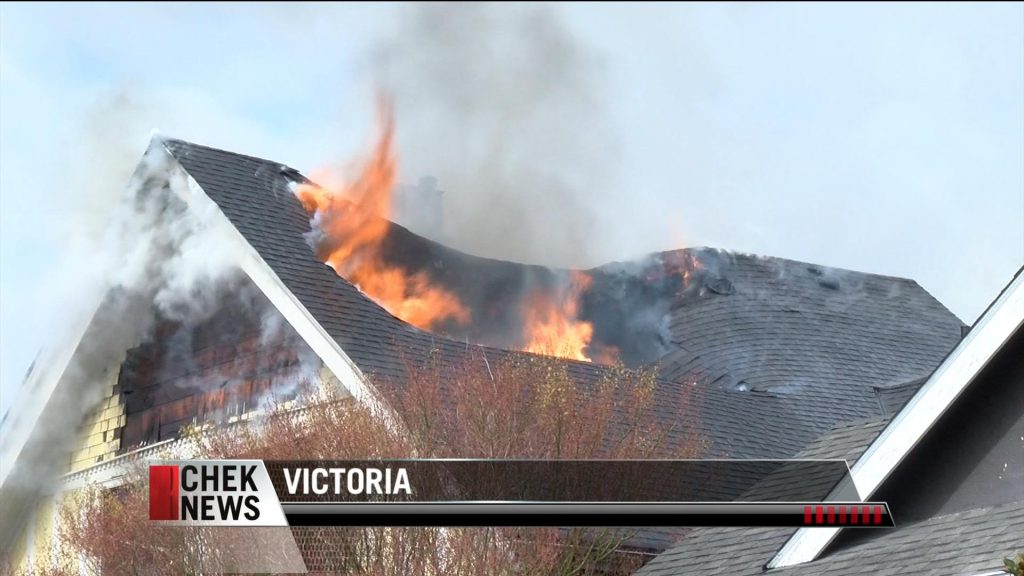 WATCH: Two teen boys are being credited with saving their grandmother and three-year-old brother from a major house fire in Victoria.

Two Victoria brothers are being hailed as heroes after they saved their three-year-old brother, their grandmother and a downstairs tenant from a burning house.

According to the Victoria Fire Department, the fire was reported at 11:50 a.m. Monday at 1150 McClure Street near Cook Street.

Three engines, one rescue, one ladder, and one command are at the scene. Seventeen firefighters were working on putting the fire out.

A grandma and three grandsons were upstairs when the blaze broke out. They made it out safely, as did a tenant who lived downstairs.  According to the fire officials, the blaze started on the porch.

Finn Parker said he was upstairs when he heard his 16-year-old brother Sampson scream “fire” and the fire alarm went off.

“I came down and I saw him. He pulled the fire extinguisher out and he tried to put it out. Didn’t work because the couch was really on fire so we decided just to run out.”

Finn said his older brother grabbed their three-year-old brother and they all decided to just run out of the house. Before he fled from the house, Finn ran downstairs and knocked on the door of the downstairs tenants. Only one tenant was home and he also got out of the house.

“It’s like losing anything else except everything,” Finn said.

The Victoria Fire Department concluded its investigation into the cause of the fire on Tuesday. The Deputy Chief says due to the extent of the damage, they won’t be able to carry out a proper investigation so the cause will remain undetermined.

The scene has now been turned over to insurance investigators.

Fire crews are trying to knock down the front of the century-old home on McClure St., which neighbours tell us the family was restoring. Officials say the fire started on the porch. @CHEK_News #yyj pic.twitter.com/silXcBo6Aw

Smoke could be seen for blocks after the fire started. The 110-year-old house was reportedly being restored and is now expected to be uninhabitable. The road was closed to traffic and pedestrians from Cook Street to Linden Avenue. 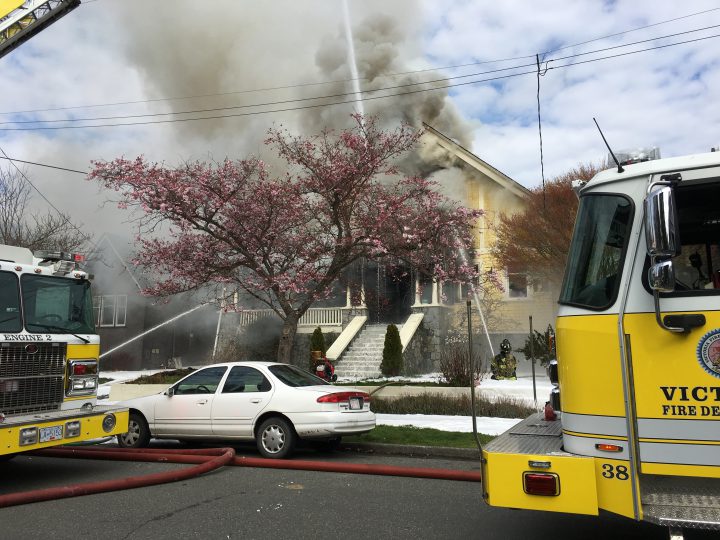 Smoke billows out from a house fire on McClure Street on March 19. 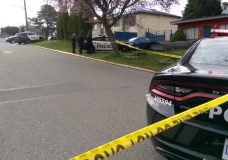 Individual with weapon taken to hospital after negotiations in Esquimalt 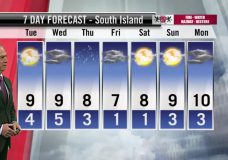 Ed's Forecast: Showers for the first day of spring