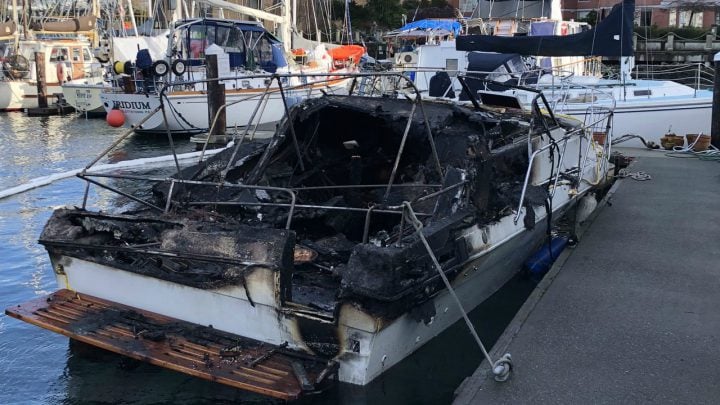 A photo of the burnt out boat, at the marina behind the Coast Harbourside Hotel. Photo courtesy of the James Bay Neighbourhood Association twitter @JBNAVictoria.

A 30-foot boat has been destroyed after it caught fire at a downtown Victoria marina, early Saturday morning.

Crews from the Victoria Fire Department arrived just after 1 a.m. to find a vessel fully engulfed in flames, at the marina behind the Coast Harbourside Hotel.

The department’s fire boat was sent to assist the crews battling the flames from the ground.

The fire was extinguished shortly after.

No one was onboard the vessel or injured. Officials say the damaged Cabin Cruiser is a write-off.

The owner is aware of the fire.

Batallion Cheif Wayne Moody from the Victoria Fire Department says there was a concern the fire could have spread to other vessels.

“There is always a point where we go ‘Is it worthwhile cutting their lines and dragging it out to an open area,'” Moody said.  “But [fire crews] were able to perform quite a rapid knock down.”

After the incident the boat was left in the care of the Canadian Coast Guard. They boomed off the badly damaged cabin cruiser to prevent further environmental impact, before towing it away.

An investigator was sent to the scene, but found it difficult to immediately determine the cause of the blaze due to the extent of the damages.

Officials say a space heater was on board, and may be responsible. 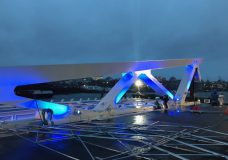 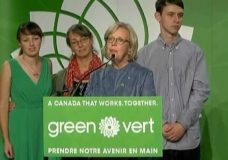 Federal Green Party responds to allegations against Elizabeth May of bullying