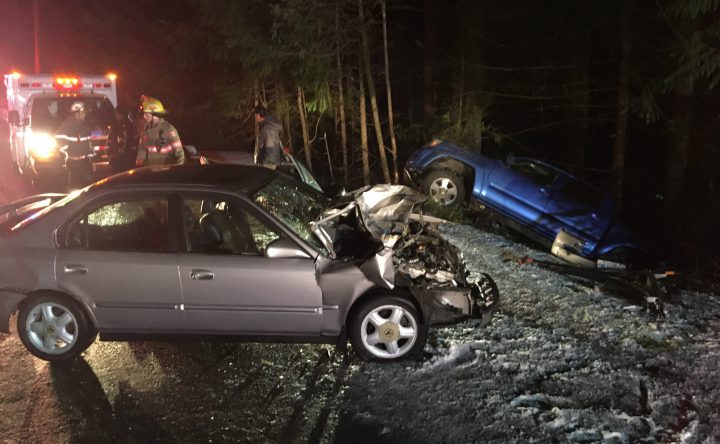 The male driver of an Acura that hit two parked vehicles in Shawnigan Lake was taken to hospital with non-life threatening injuries.

A male has been taken to hospital with non-life threatening injuries after the vehicle he was driving hit two parked cars early Friday morning in Shawnigan Lake.

Emergency personnel at the scene said an Acura was travelling northbound on West Shawnigan Lake road around 3 a.m. when it clipped a parked vehicle.

The Acura then narrowly missed a telephone pole before striking a parked pick-up truck with enough force to send the truck over an embankment.

The driver was the lone occupant of the car. 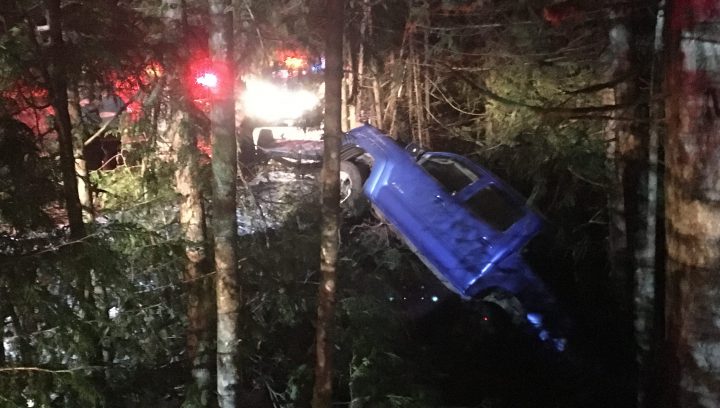 A parked blue pick-up went over an embankment after the driver on an Acura slammed into it around 3 a.m. Friday morning in Shawnigan Lake. The male driver of the car and lone occupant was taken to hospital with non-life threatening injuries.

The cause of the crash is under investigation and investigators say there are icy sections on the road. 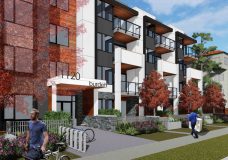 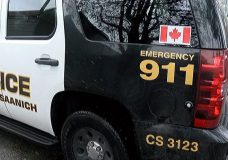