If Vince Watson gets his wish, his new Ford station wagon is going to log some serious mileage over the next few weeks.

Watson is preparing to hit the road for what will likely be the last trip he ever takes. The Duncan man has pancreatic cancer. Doctors have told him he only has a few weeks to live.

After receiving the terminal diagnosis in June, Watson says he knew what he wanted to do with his final days.

“I’d like to drive the whole island, hopefully, I can get that done,” he told CHEK News this week.

His destination checklist includes several island locations he’s never visited. He wants to see Tahsis, Tofino, and Sidney. He says he may even take the ferry to Powell River to see family if he has time.

The plan, however, had one major roadblock. Watson didn’t have a car.

In search of wheels, he reached out to his friend Trent Cummings, a Sales Manager at Galaxy Motors and pitched the plan.

According to Cummings, Watson wanted to buy a station wagon for a few hundred dollars so he could go on his road trip. He wanted a wagon style car so he could sleep in it throughout the journey.

The company also decided the vehicle would be a gift.

Maxxam insurance decided to get on board as well, paying to insure the vehicle for three months.

On Tuesday, Galaxy Motors invited Watson to the dealership where he received the keys to his new ride.

“I don’t think anyone’s ever done anything this nice for me, it’s kind of unbelievable,” he said.

Watson was planning on hitting the road Friday but an unexpected doctor’s appointment pushed his departure date back.

He says he plans to begin his road trip later this month. 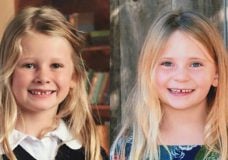 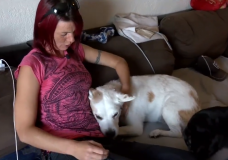 'I don't have a lot of friends, but I have this town': Sooke community helping each other through unique online group