Duke and Duchess of Sussex threaten legal action against paparazzi

Posted: Jan. 21, 2020 5:51PM
CHEK
WatchMajor push back tonight from people here on the island as the paparazzi has set up shop trying to nab photographs of the Royal couple.

“I’ve been in this community 11 days now.”   “Do you think a guy like you does anything for this community? Doesn’t matter how much money you spend.”  A confrontation between a paparazzi photographer and North Saanich residents. They are upset with photos taken of Meghan, Duchess of Sussex just steps from here on Monday. The man they are arguing with took the picture, Derek Shoot, and published by Splash News. CHEK News is not airing the photo out of respect for the couple. However, the image now seen around the world is creating a stir, and some hard feelings.

Despite it, Shook thanks the residents.  “But thank-you guys. Have a nice day. I get that all the time. I get it all the time. They don’t understand,” Shook said.

An army of journalists was waiting for Harry to arrive in Victoria Monday night, camping out at the airport waiting to record his arrival.  The reunion of the royal family is why news crews from Toyko Broadcasting, and a team of journalists from CBS are all on Vancouver Island, filming at Horth Hill Regional Park.  But most locals feel the couple should be left alone.

“Locally, I would say we are protective, not intrusive. Let them live their life.”

On the weekend in London while speaking at a charity event, Harry addressed the recent events.  “The decision I have made for me and my wife to step back was not made lightly.”  But with the break from the royal family, the attention is not going away anytime soon.  And the photos of Meghan walking in the park, carrying eight-month-old Archie were captured by photographers, but are now the subject of legal threats from Harry, and Meghan.

Shook defends his photo. “It’s not like yesterday she didn’t give it up. And give it up means she could have dipped her head down. But she stood up tall and smiled. And made sure that we were able to get the shot,” he said.

These images of international crews descending on local parks will disappear after a while, Shook says, as soon as the first images of Harry are taken, and published.

“It’s a worldwide story. It’s the biggest story in the world,” Shook said.

READ MORE:  The official website for the Duke and Duchess of Sussex 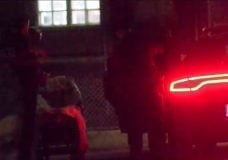 One man remains in custody after disturbing dog death 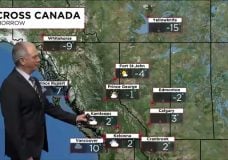