WATCH: After weeks of political hammering over the price of gas, Premier John Horgan is calling on the B.C. Utilities Commission to find out why gas is so expensive. As Mary Griffin reports, it can’t come fast enough for drivers.

Filling up at Saanich’s Fas Gas station, drivers are not happy with the price of gas, which is $1.61 a litre for regular gas in Greater Victoria.

“As a business owner in Victoria, it’s outrageous. I have to charge extra to my customers. My clients are disappointed that my rates are higher,” said one driver

“Definitely something needs to be done. I feel like I’m having to come to the pumps more often. Definitely. And paying a lot more money,” said another driver. Both drivers chose to remain anonymous.

That spike in gas prices led Premier Horgan to ask a watchdog regulator to investigate why gas is so expensive in Vancouver and Victoria.

The BC Liberals targeted the premier with a massive billboard next to a major thoroughfare in the Lower Mainland over the price of gas. It’s impossible to miss, and driving home the message that Horgan is to blame. But industry analyst Michael Ervin with The Kent Group Ltd., says the price of gas is high for a reason.

“Other jurisdictions in the U.S. and Canada are experiencing historically, or close to historically high prices because of that very fact; demand is high and supply really has no ability to keep up with it,” Ervin said.

But Horgan says that doesn’t explain the gap between prices in B.C., and other parts of Canada.

“It is a national issue, whether we want to characterize it as a Vancouver, Lower Mainland, Vancouver Island, BC issue,” Horgan said.

The BC Utilities Commission CEO, David Morton, issued this statement saying, “we appreciate the confidence Premier Horgan has placed in us, and look forward to conducting a fair, transparent, and inclusive process.” 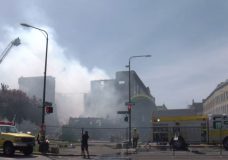 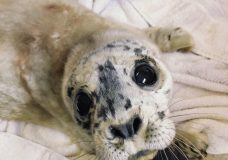