WATCH: A recycling truck in flames that was burning all night long was finally extinguished this afternoon. Dean Stoltz has more.

A recycling truck’s fuel tank exploded on Cumberland Road Monday night moments after its driver escaped from the burning vehicle.

Cumberland Fire Rescue said the fire started at around 5 p.m. at the corner of Cumberland Road and Union Road. Fire officials said the recycling truck was carrying cardboard and was stopped at the intersection when another passerby alerted the driver that his truck was on fire. 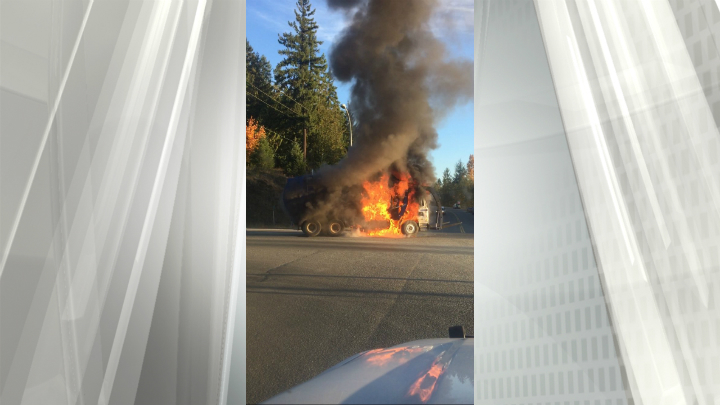 “All of a sudden he said his brakes just locked up and a car drove up and said your truck is on fire,” said Cumberland Fire Chief Mike Williams. “He just had time to grab his coat or whatever and bail out. He didn’t even have time to get his car keys or anything he said.”

The driver was not injured.

The truck was quickly engulfed in flames and the vehicle was at the intersection for several hours as fire crews tried to put out the fire.

At around 9 p.m., the vehicle was towed off the road where it continued to smoulder until this morning. The truck was eventually towed to a nearby landfill where a backhoe was used to pull out the burning cardboard. Firefighters were on hand to douse the remaining hot spots. 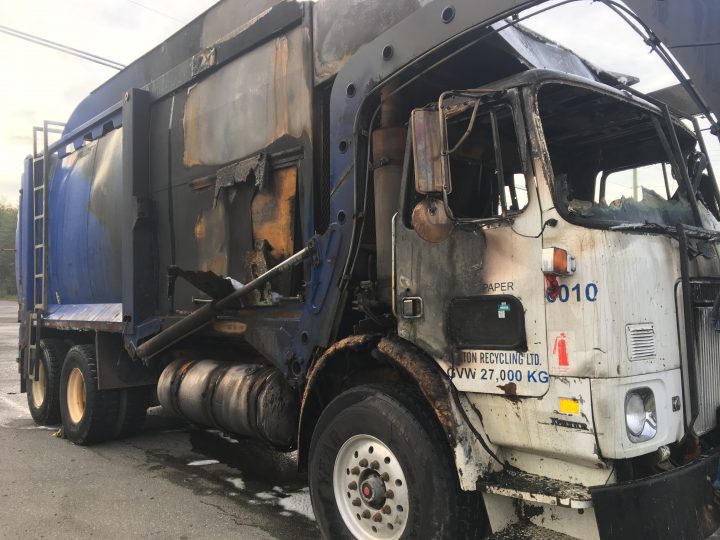 The aftermath of a recycling truck fire on the Comox Valley Parkway. 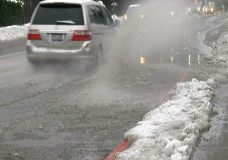 Winter is coming: Snow on the way to Vancouver Island 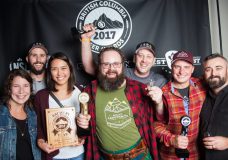