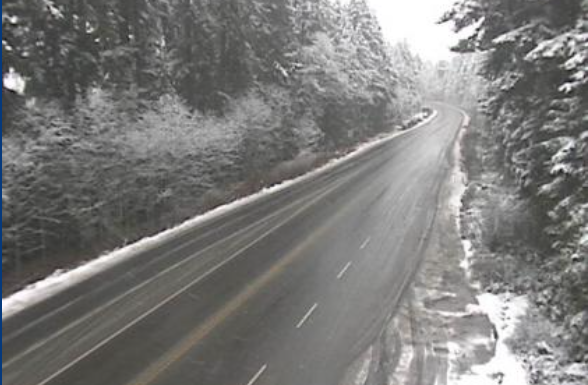 In a week that has already seen heavy rain and high winds, parts of Vancouver Island are now receiving snow.

The spectrum of weather is continuing on the Island as snow has started falling on parts of Highway 4, according to DriveBC.

DriveBC webcams show that a dusting of snow, sticking to the ground, has fallen where the highway intersects Alberni Highway — approximately 2 km from Coombs.

Snow can also be seen on the side of the road and covering the trees at the Port Alberni Summit.

Parts of Highway 19 have also received a small snow dump, including near Horne Lake Road and Cook Creek Road — 29 km north of Parksville.

The snow at this time is only a light dusting and not sticking to the roadway.

Vancouver Island drivers have experienced quite the week regarding weather as major flooding has caused multiple road closures over the last several days.

One of those closures was on the Malahat Highway, which is now down to single-lane alternating traffic as crews work to repair damages caused by heavy rain.

Skiing enthusiasts will also be happy to know that the Alpine Cam for Mount Washington is showing a covered ski hill — signs that a good ski season may be ahead. 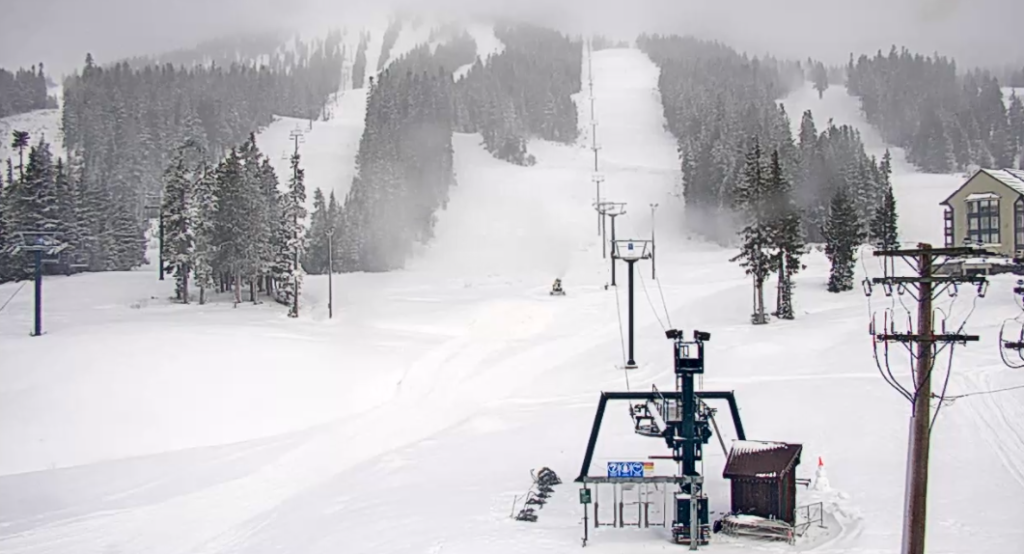