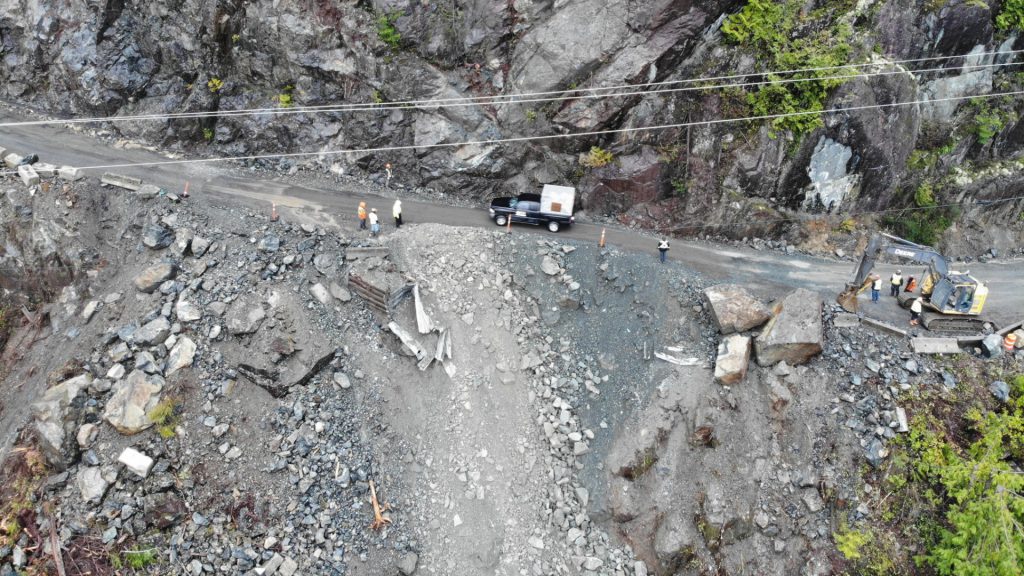 After a section of Highway 4 was taken out by a rock slide early Thursday morning, the roadway opened to up single-lane alternating traffic 8 p.m. Saturday evening.

Blasting during road improvements shut down the highway to Tofino-Ucluelet to all heavy trucks and RV’s since Thursday.

The Ministry of Transportation saying late Saturday night the damage to Highway 4 was caused by an unexpectedly large volume of rock falling on rain-saturated ground during a scheduled blast.

The highway was closed to traffic at the time of the blast.

Since Thursday, there have been only short openings to single lane alternating light traffic, with no alternative road to get through to the west coast in the meantime.

“Specialized bridge crews worked throughout the day to install a pre-fabricated 20-metre single-lane bridge. Installation of the bridge was quicker than expected because bedrock was deeper than expected. This allowed for the bridge to be inset into the road grade, rather than above it, which would have required a substantial amount of approach ramp work. Construction time was also reduced by bringing in additional bridge crews and equipment,” said the Ministry of Transportation in a statement.

The Ministry adds that while all vehicles are now able to safely travel the corridor, drivers should expect delays through the night and Sunday morning.

The route was already seeing construction, and the closure schedule that was already in place will resume Sunday night. But it may be subject to change, as they take into account the new bridge crews had to put in.

When completed later this year, the Highway 4 – Kennedy Hill Safety Improvement Project hopes to create a safer and more reliable connection between Port Alberni and the west coast of Vancouver Island. 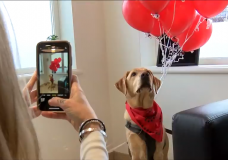