Health care in B.C. has been the subject of criticism for months, from doctor shortages to ambulance wait times.

But while the problems might be hit-and-miss in most communities, Port Hardy’s emergency room has been closed almost every night in October.

“Well it’s not ideal, that’s for sure and we certainly hear from our constituents that there is great concern,” Mayor-elect Pat Corbett-Labatt said Monday.

CHEK News has reported on the shortage of North Island doctors for the last decade and the problem continues.

Two doctors have left Port Hardy in the last two months and while Island Health says nine doctors remain across the North Island, they are not enough to cover every day and night at three ER’s in Port Hardy, Port McNeill and Cormorant Island, the latter of which has been closed every night this month.

Island Health announced late Monday the closures at the Cormorant Island Community Health Centre will now continue to Nov. 14 due to staffing issues.

“We are filling shifts and filling position coverages with individuals who are willing to come for a month or two or even weekends if required but we’re really trying to attract people to the island and the lifestyle that is provided in the Port Hardy and Port McNeill region,” said James Hanson, vice-president of clinical services, central and northern Vancouver Island for Island Health.

It’s a juggling act that can fall apart when even one doctor or nurse calls in sick and Island Health says it is committed to hiring more than just enough doctors to fill the current gap, but there are many issues.

“Housing is a significant barrier in some of these smaller communities and that is also something we at Island Health are trying to remove as barriers so we’re leasing property, we’re considering purchasing property,” added Hanson.

Hanson says ideally the candidates will want to live and work in Port Hardy for the lifestyle, not just the incentives the province might be able to throw in to attract them.

Mayor-elect Corbett-Labatt, who has lived in Port Hardy since 1975, says she’s told friends and colleagues to make the new doctors feel welcome once they arrive.

“Envelope them in our North Island warmth and let’s keep them here for a while,” she said.

Island Health says scheduling for overnight shifts at the Port Hardy ER should be back to near normal for November and December. 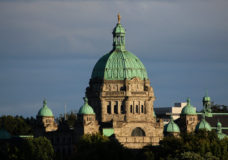 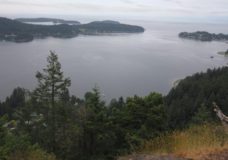