Update on Dec. 4: the Capital Regional Housing Corporation said staff has tried to talk to all of the residents and determine if they need assistance while the elevator is fixed. The elevator should be repaired by Tuesday and the corporation says they will now provide daily updates to tenants.

WATCH: A disability rights activist is left with few options after the elevator in his apartment building broke down on Saturday. Ceilidh Millar reports.

For the last ten years, Steve Bertrand has lived at the Ashlar Manor in downtown Victoria.

“[The housing] is meant to be for seniors and people with disabilities who need accessible housing,” Bertrand said.

The 35-year-old lives in an apartment on the fourth floor of the seven-storey building.

On Saturday, Bertrand discovered a handwritten note next to the elevator door informing residents the elevator was under repair.

“I went out to the elevator and saw a note that said the elevator would be down for a least a few days,? Bertrand said.

He later discovered from the building caretaker that it will not be a quick fix and that the elevator could be out of service for days.

Bertrand was born with cerebral palsy and relies on a wheelchair to get around.

“I’m going to be in my apartment until probably Thursday morning,” Bertrand said. “I understand that everyone is doing what they can but the situation itself lends itself to frustration.”

Bertrand says the elevator has been out-of-service periodically over the last decade but for only short periods of time.

He says he’s spoken to other tenants in the building who say they also received no notice.

On the note is information informing residents to call 911 in case of an emergency. Also included on the notice is contact information for Medi-Van for transportation up and down the stairs.

However, Bertrand says he feels uncomfortable using that service.

“I don’t want to have to rely on my friends or send messages out to social media and say ‘hey can you help me,'” Bertrand explained. “I moved into this building so I could be more self-sufficient.”

Bertrand is a member of the City of Victoria’s Accessibility Working Group, a task force established to provide input and solutions on improving accessibility.

The group is pushing the province to implement a B.C. Disabilities Act.

“I want it to be known that this needs to be planned for in the planning process for anything that gets built in the future,” Bertrand said.

CHEK News has reached out to the Capital Region Housing Corporation for comment but has yet to hear back as of Sunday night. 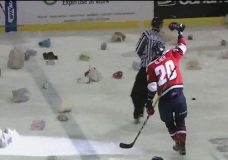 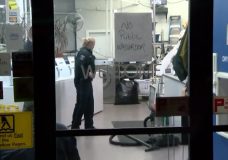