WATCH: Some Saanich citizens stepped up to stop an apparent armed robbery Saturday night. It happened at a laundromat. Isabelle Raghem reports.

Any bandits thinking of robbing a business may want to reconsider doing it at Tillicum Laundry.

“All I heard was ‘weapon’. So I was trying to warn those guys trying to get him,” said Rosa, a bystander who witnessed an alleged armed robbery in Saanich on Saturday.

Police responded to Tillicum Laundry, in the 3400 block of Tillicum Road, following reports of an armed robbery late Saturday night.

Citizens in the area showed that they would not let the suspect get away with it easily as they tackled him shortly after the alleged dangerous robbery.

“The guy ran and I tried to block him by opening the door and my friend ran after him. There were two other guys that ran to him [and tackled him],” added Rosa.

She says three people ran after the alleged robber, who threatened them with a knife. They then tackled him and pinned him to the ground until Saanich Police arrived and arrested him.

The owner of Tillicum Laundry told CHEK News this is the second robbery this year at the business.

“He was getting more change coins [from the coin machine] then he should and I guess [last night’s employee] went over to investigate and went after him,” said Jen Thompson, a Tillicum Laundry worker. “I know all of us would go after someone if we had to.”

The employee who tried stopping the alleged robber did not want CHEK News to reveal their name but says they believe the man had rigged the coin change machine.

“It’s our livelihood too and your taking money from us and business can’t keep going and we’re all happy here so, seems to be the right thing to do,” added Thompson.

Saanich police did not get back to CHEK News’ calls or emails Sunday to confirm whether or not charges were laid. 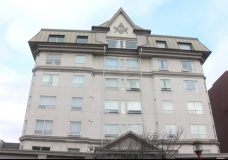 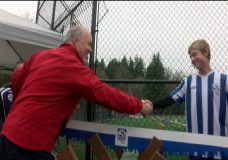