There was cause for celebration for the Department of Fisheries and Oceans (DFO) staff as they won a potentially life-threatening race against time near Nanaimo on Thursday.

The team successfully disentangled a massive humpback whale that was trapped for hours by a mass of discarded fishing gear.

“It was 50 traps, 3,000 feet of rope, two floats and two anchors, so there was a lot of gear on this animal,” said Paul Cottrell, the marine mammal co-ordinator for DFO.

He explained that it was a dire situation — the massive marine mammal was barely able to move and desperately struggled to pull itself to the surface to breathe, but his team of experts managed to remove the gear with the help of some locals.

“Just a huge effort by all involved, including the DFO team, but also the commercial fisherman, entrance island lighthouse keeper, and all the folks that reported in these entangled whales,” he said, adding that the process took hours.

“This was a big animal. It was 35-40 feet, estimated 30 tonnes. So, extremely large and powerful, so we had to be really careful,” Cottrell said.

While the whale ended up with some injuries, they are non-life-threatening, he said.

It’s also the first whale the team located this year, but likely not the last as more of the marine mammals are returning to the B.C. coast.

‘These animals travel huge distances, so we’re likely to have entangled whales in the near future, but hopefully, in the end, we can come up with these technologies that make it very rare,” Cottrell said.

He said the entanglement of whales is a global issue, pointing out that his team has pulled gear off animals around the world, sometimes as far as Asia.

“Any vertical line, horizontal line that’s roped in the water is a potential entanglement concern,” he explained.

About 50 per cent of humpbacks in the province have been entangled at some point, according to the Marine Education and Research Society, but it’s unclear how many of those have died as a result.

Anyone who spots an entangled animal in the water is urged to contact the DFO immediately and avoid touching it. 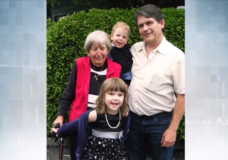 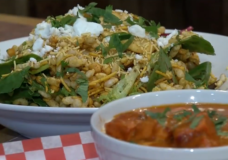