When CHEK News first spoke to John Malcolm in February, he was in an emotional fight to get his mother’s ashes back from her lawyer so he could honour her final wishes.

“It’s something she said to me every time I visited her, that she wanted to be buried with my dad, so it hurts,” he said.

Her lawyer and executor of her estate, Tino di Bella, kept her ashes in a vault in his office ever since, telling CHEK News at the time that he hoped for COVID-19 restrictions to end so the Malcolm family could gather to honour her final wishes.

READ MORE: ‘She wanted to be buried with my dad’: Son pleads for mom’s ashes to be returned

After numerous complaints to the Law Society of BC, which resulted in a citation against him, Di Bella’s office is now closed and his files, including Phyllis Malcolm’s ashes, have been taken into custodianship.

The Law Society of BC saying that Di Bella was placed on administrative suspension on February 19, 2021.

“The family, the kids, the grandkids, everyone’s been on an emotional roller coaster, now the whole feeling is yay, it’s coming to an end, and ya I couldn’t wish this on my worst enemy, to be honest with you,” said John Malcolm from his home on Salt Spring Island.

There’s just one last hurdle to get Phyllis Malcolm to her final resting place. The Law Society took her ashes to Vancouver and due to current travel restrictions, John can’t get there yet.

“The Law Society has offered to put them on a courier but it just doesn’t feel right so we’re just going to be patient, it’s gone this long…but definitely the light is at the end of the tunnel,” Malcolm said.

Fulfilling his mom’s final wish is now just days away.

There’s no word on how long Tino Di Bella’s suspension will last. 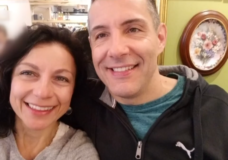 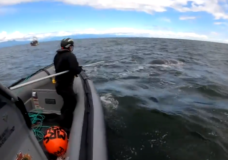