Construction on the new Cowichan District Hospital has stopped after an Indigenous contracting company was denied a permit due to its employees not being members of an accepted union.

Owner and operator Jon Coleman of Jon-Co Contracting has been at the picket lines since 5 a.m. Friday morning along with at least 30 employees at the site of where the new Cowichan District Hospital is to be constructed.

Jon-Co Contracting is a part of the Khowutzun Development Corporation (KDC) which has several Indigenous-owned contracting companies under its membership. Coleman says that the province refused to give a construction project to KDC because none of its members were a part of an accepted union.

“We feel this is our territory. We have a right to help and build our own hospital in this valley,” said Coleman.

In 2018, the NDP government established the BC Infrastructure Benefits  (BCIB), a crown corporation responsible for providing skilled trade workers for many public-sector projects. According to BCIB, all workers are required to be a part of an accepted union.

None of the workers or companies within the KDC were given a permit for this project due to not meeting that requirement.

“We got pushed aside by the BCIB, not giving us a permit to carry on work. So, we’re standing up for our rights here in the Cowichan territory,” said Coleman.

The KDC and Cowichan Tribes say they’ve spoken with representatives from Island Health, the Ministry of Health, BCIB, and the general contractor, Ellis Don, on economic opportunities for this project. After several months of discussions, Chief Lydia Hwitsum says those “haven’t resulted in any actions to meet these commitments.”

“The clock is ticking as these economic opportunities pass by our citizens’ companies and work is performed by contractor from outside our region,” said Hwitsum in a statement to CHEK News.

The Cowichan District Hospital was announced back in 2018 with an estimated cost of $400 to $600 million. That price tag has now jumped to an estimated $1.446 billion due to labour and material costs, according to Finance Minister Selina Robinson.

“They gave a permit to a non-Native contractor which was non-union as well….I feel especially that that permit should’ve came to us first,” said Coleman.

In a short statement to CHEK News, the Ministry of Health says its having an “ongoing conversation” with Cowichan Tribes.

“The project is in the early stages of construction and we hope issues can be respectfully resolved and we can mitigate projects delays,” said the ministry.

Coleman says no other companies have crossed the picket line so far, and plans to continue the blockade until a permit is given.

-With files from CHEK’s Skye Ryan 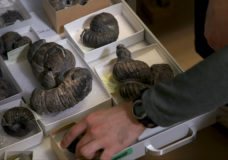 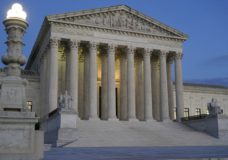