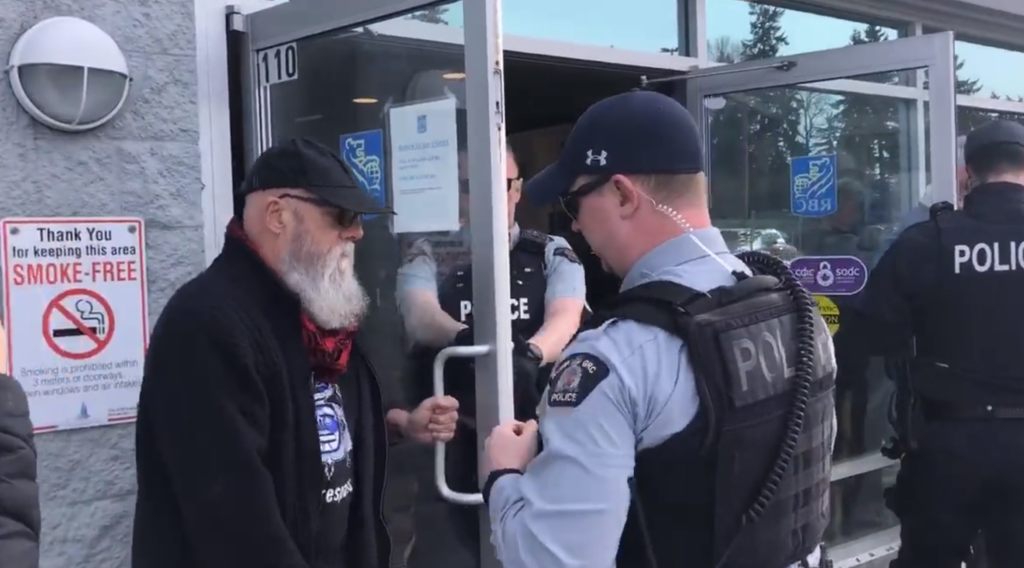 An RBC bank branch in Nanaimo has seen demonstrators descend upon it in protest in order to demand divestment from the Coastal GasLink pipeline on Wet’suwet’en territory.

In protest, several people chained and glued themselves to the bank’s entrance doors.

Climate action protesters have chained and glued themselves to doors of ⁦@RBC⁩ Nanaimo and arrests are now being made by ⁦@NanaimoRCMP⁩ ⁦@CHEK_News⁩ pic.twitter.com/JTfOEH0Odx

Extinction Rebellion demonstrators say the purpose of the protest is to showcase displeasure towards the bank and its CEO, David Mackay for authorizing bank investments receiving lucrative bonuses, and enabling the constitutionally-illegal occupation of the unceded, unsurrendered Wet’suwet’en lands by the Coastal GasLink pipeline corporation.

“Today, we stand shoulder-to-shoulder with the bank aggrieved Wet’suwet’en Hereditary Chiefs. Today, we reclaim space in our city where many Indigenous women have suffered violence or disappeared. Today, we stand with those in disaster areas burying their dead this month, lethally harmed by fossil fuel greed. Today, we risk arrest as we name and shame the ‘faceless’ RBC CEO responsible for the destructive terracide occurring on Wet’suwet’en sovereign territories. Today, we fiercely but peacefully challenge the continued power and persistence of the Canadian colonial paradigm that rejects Wet’suwet’en self-determination and privileges corporate rights,” said Extinction Rebellion spokesperson Vic Brice.

Brice notes that land defenders are entering banks on April 7 to “assert a higher moral social order” amid a perceived threat from RBC head office.

“This CEO, and his shareholders are not demonstrating any immediacy or imminence to the cascading apocalyptic threats of climate, biodiversity, human population, and indigenous justice collective collapse. We demand judicial reform which will find such behaviour guilty beyond a reasonable doubt for climate crimes against humanity, and environmental racism. We call for an immediate moral revival demanding a fundamental ‘system shift’ in the way we think about bank-induced poverty, racism, ecological devastation, and the growing ecocide and war economy,” concluded Brice.

Protests are expected in other parts of the country on Thursday as well, as April 7 marks RBC’s national AGM for shareholders.

In some instances, demonstrators are suggesting they will be taking “gluing actions” and sticking themselves to RBC branches in protest of fossil fuel investment.

Protests are planned in other major hubs such as Edmonton, Montreal and Toronto as well. 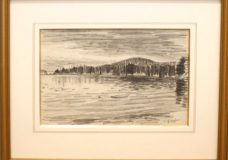 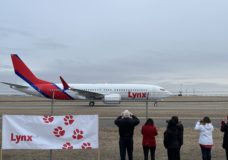