The money was later returned to the woman.

The surveillance footage on July 31 shows the delivery driver had just left a package with the home owner’s daughter at the front door. He then goes through the home’s mailbox and takes an envelope of cash that was supposed to be for her dog walker.

Two days later, the same driver was seen on surveillance video taking the same amount of cash, $30,  after delivering a parcel worth about $20.

The home’s owner then posted the footage to social media and laid a complaint with RCMP.

With video views exploding on social media, the driver soon after came back to the home, returned the money, apologized and said it was all just a misunderstanding.

He also went to the police.

“What he explained was that in recent times in light of COVID Amazon delivery drivers have been receiving, from time to time, tips and he does check mailboxes sometimes because there are tips in there. In terms of this individual file the grounds are not there to proceed with a theft investigation,” said Tyre.

But not everyone on the streets of Campbell River is ready to accept the driver’s explanation.

“If it’s with the courier’s name written on the envelope, it would be his money but unless it’s in detailed description that it’s for that specific person, I wouldn’t think that’s something for them to take at all,” said Jerry Safruik, a Campbell River resident.

In a statement, the driver’s company, Corporate Couriers Logistics, said “we are investigating the incident and cannot comment further at this time. We do not have a tipping policy as it is not our expectation that our drivers will ask for or receive tips from customers.”

Police say one of the reasons no charges are being pursued is because the envelope of cash didn’t have anyone’s name on it. 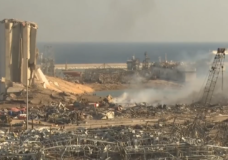 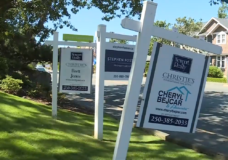