Posted: Aug. 12, 2020 6:28PM
CHEK
WatchA dancing traffic flagger from Victoria is going viral after he was caught on camera making people laugh and smile while stuck in traffic.

Victoria teenager Daniel Odgers-Stedman created some spontaneous entertainment for two teachers on a road trip in the Northwest Territories on July 30.

Iona Strachen and Monique Hurley were on their way back from camping in Hay River when they were stopped for nearly half an hour at a construction stop atop the Mackenzie Highway.

“We pulled up to him dancing and we kind of made a connection and we were dancing with him for about 20 minutes,” said Strachen.

The 17-year-old traffic flagger decided to make the most out of a usually frustrating situation by dancing vehicles through instead of just waving.

“I figured at one point why not?” said Odgers-Stedman.

“It’s better to have two people smile than none and the first people I started dancing for pulled out their phone and started recording me and posted it online and it went viral.”

The video, posted to Facebook, has amassed millions of views.

“It’s at three million now, which is insane, but I love it though. It makes me happy reading all of the positive comments and feedback and everything so its nice to see that people are enjoying something,” said Odgers-Stedman.

Originally from Victoria, Odgers-Stedman moved up north for the summer to make money for college, and he has found a way to bring a little joy for commuters while they wait.

“I was thinking about how to make people smile and laugh and not be angry in a lineup.  It started off with the funny hand signals trying to get people to laugh and I started dancing and people just loved it,” said Odgers-Stedman.

“I thought, ‘Man, I must look like an idiot to everyone right?’ And I just didn’t really care and I thought it was quite funny, especially with the laughter that came out in that video with them, it’s what makes me want to keep dancing, keep making everyone smile.”

Although numerous and uplifting for onlookers, busting a move while directing traffic can have its challenges.

“It was around 30 degrees I would say,” said Hurley. “The mosquitos are quite large and quite plentiful in that region especially. You can tell in the video he was just swarmed.”

For what seems like a small and silly moment, the reaction hit deeper.

“After I think we left and we just sat with it for a moment,” said Hurley.

“It has been a rough year for everyone, and you know, just having that connection and that moment of joy was so beautiful and to be able to share that. This time has been really hard on people’s mental health and just feeling isolation, this was something that was absolutely a positive beacon.”

And it goes both ways.

Odgers-Stedman says he will “groove on” in the gravel as long as it keeps bringing smiles and joy to others, but all good things come to an end.

He’s expected to return to Victoria this fall to start his studies and says, at least for now, surprisingly to many, it won’t be for performing arts.

ON THE LIGHTER SIDE: CHEK Upside: Islander turns into social media sensation with Canadian videos 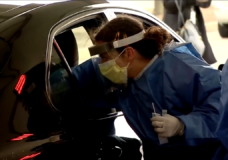 B.C. to hire up to 500 new contact tracers amid COVID-19 pandemic 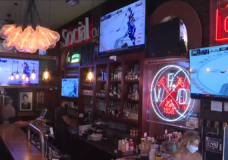