Holland America Cruise Lines is calling for help as two of their ships, carrying nearly 2,500 passengers and crew have not been given a guaranteed spot to dock due to COVID-19 concerns.

In an open letter on Holland America’s website, the cruise line President, Orlando Ashford, said they are “working tirelessly to find medical help and safe passage home for the 1,243 guests and 1,247 crew stranded at sea on our two ships,” but are getting no help from countries or governments.

It has been reported that eight people have tested positive, four people have died and nearly 200 people are exhibiting flu-like symptoms as the MS Zaandam and MS Rotterdam seek a place that will allow them to come ashore.

“We are dealing with a ‘not my problem’ syndrome. The international community, consistently generous and helpful in the face of human suffering, shut itself off to Zaandam leaving her to fend for herself,” said Ashford.

The Zaandam left port on a South American cruise on March 7, but after several people became sick, they have been refused entry to ports as well as the Panama Canal, which left them stranded off the coast of Panama for over a week. The Rotterdam met its stranded sister ship on Friday in order to transfer over healthy passengers with a priority focus on those over the age of 70 who had an inside cabin.

“The COVID-19 situation is one of the most urgent tests of our common humanity. To slam the door in the face of these people betrays our deepest human values,” added Ashford

The two were allowed through the Panama Canal on Monday, but are still awaiting word on where they can come ashore.

“It’s tempting to speculate about the illnesses that may have been avoided or lives saved if we’d gotten the assistance we sought weeks ago,” said Ashford. “Eventually someone must allow these ships in.”

Officials in Florida are meeting later today to decide whether they can receive the infection-plagued ships, but Florida Gov. Ron DeSantis has said the state’s health care resources are stretched too thin to allow the ship to dock.

With still no official word, the company isn’t sure how sustainable this process can be for much longer.

There are 248 Canadians on board the two vessels, including a handful of Vancouver Islanders.

Nanaimo resident Elizabeth Pack told CHEK News that she’s deeply concerned about whether she’ll ever see her family and friends.

“We’re worried about whether we’ll see family and friends again. It would be nice to get home,” said Pack.

Another Nanaimo resident on board, Maggie Tilley, offered a plea to Justin Trudeau.

“I would just like to see the Canadian Government being more aggressive and taking a more proactive approach,” said Tilley.

The United States has quickly become the global epicentre of the virus outbreak, leading to heightened demand for health resources. With the death toll reaching nearly 40,000, healthcare workers and the government have their attention elsewhere.

“It’s easy to condemn those who are unhelpful and unwelcoming during times of need. But what if instead, we focus on the type of society we strive to be, where nations share a collective responsibility to help others in peril? Because these travellers could have been any one of us or our families – caught up by a fast-changing scenario nobody foresaw,” said Ashford as he cries for anyone to help Holland America’s passengers and crew.

The Zaandam and Rotterdam are just one situation in a string of many problematic ones for the cruise ship industry during the COVID-19 pandemic. 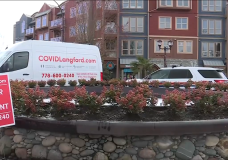 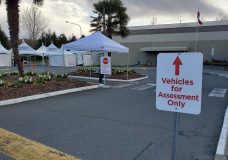