Posted: Mar. 28, 2020 6:22PM | Last Updated: Mar. 29, 2020 2:29PM
CHEK
WatchIt's been described by those on board as a death trap. A cruise ship on lockdown near Panama as Coronavirus spreads throughout. Aboard are nearly 250 Canadians and among them, several islanders who must now helplessly wait to see when they'll return home.

Nearly 250 Canadians, including some Vancouver Island residents, remain stuck onboard the MS Zaandam, a Holland America Line cruise ship that has seen four of its passengers die from COVID-19.

The ship, which has 1,243 passengers on board, including 247 Canadians, left Argentina on March 7 and now finds itself in the waters near Panama.

There are several confirmed cases of the coronavirus onboard the MS Zaandam, which is now on lockdown, meaning passengers are not allowed off the ship.

Nanaimo resident Elizabeth Pack told CHEK News that she’s deeply concerned about whether she’ll ever see her family and friends.

“We’re worried about whether we’ll see family and friends again. It would be nice to get home,” said Pack

Maggie Tilley, another Nanaimo resident stuck on the ship, said she hasn’t been able to leave her room for a week.

“We’ve been in our cabins since last Saturday so it’s been a week and it just continues to escalate,” said Tilley, who along with her husband left their Island home on Feb. 28.

In recent weeks the federal government has helped Canadians around the world return home. Now Tilley and Pack are pleading with the government to bring them home.

“It’s time the government stepped up and made something happen,” said Pack.

“I would just like to see the Canadian Government being more aggressive and taking a more proactive approach,” added Tilley. 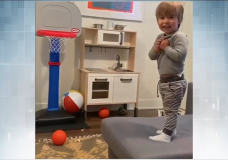 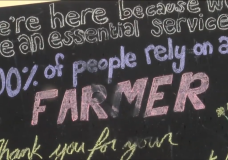