Critical Condition Part 2: What is being done to fix the family doctor shortage?

The government health-care announcements seem to come one after the other yet long lineups remain outside walk-in clinics across Greater Victoria. B.C.’s health minister admits there are no quick fixes but help is on its way.

“The primary care question for me as the Minister of Health is the most important question to address,” said B.C. Health Minister Adrian Dix.

Lynn Guengerich is a pediatric nurse practitioner in Colwood. Her clinic operates much the same way as a doctor’s office — she sees patients daily, diagnosing them, ordering tests and referring to specialists for more complex issues.

“Research has shown nurse practitioners can see about 80 per cent of the people walking around out there and we do it well,” Guengerich said.

The province believes nurse practitioners are such a critical part of the future, they’re not only hiring more, but they’re also training more.

Starting in September the number of nurse practitioners being trained in B.C. each year will increase from 45 to 75.

But it’s not as simple as simply training and hiring more doctors and nurses, the entire model of family practice is being transformed from small family doctors offices to team-based care clinics.

At the West Shore Urgent Primary Care Centre, which opened last fall, doctors and nurses work together in an Island Health facility so they don’t have to worry about the start-up costs and ongoing expenses of running their own business.

“If you’re a new doctor and you’re spending all your time in medical school and maybe you have debts to pay and responsibilities like that it’s hard to also become a small business person at the same time,” said Dix.

The Shoreline Medical Society, with funding from the Saanich Peninsula Hospital and Healthcare Foundation, has been running a similar team-based concept for four years.

“We cover the lease, the tenant improvements, the hiring the firing of staff everything is looked after for these doctors,” said Shoreline Medical Society Executive Director Shawna Walker.

And that has doctors signing up to work there. Since opening the Sidney clinic four years ago, they’ve attached 3800 patients to family doctors and have recently started a renovation that will allow them to double in size.

“So we’ll be expanding from an 11 room clinic to a 23 room, we have five doctors slated to join us in fall,” said Walker.

Another major change the province is making is how doctors are paid. The decades-old practice of being paid per patient is giving way to salaries where they’re paid for their time. Dix insists this is just the beginning.

“The model’s building out but again it’s only part of our primary care plan,” Dix said.

There are also municipalities trying to figure out ways to address the family doctor shortage.

In Esquimalt, where they have two doctors for 19,000 people, the city council is looking at everything from identifying commercial space that might be suitable for clinics to developing marketing strategies to attract general practitioners.

On Thursday, part three of Critical Condition will look at some unique steps people on Vancouver Island are taking to try to fix the problem long-term. 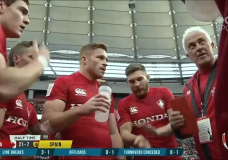 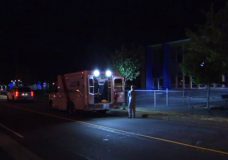