A new apartment complex has opened up in Duncan through a collaboration with Cowichan Tribes, giving the band majority ownership of the building.

The building, located at 300 Government Street, has 96 units ranging from studio to one- and two-bedroom suites.

It took just over a year of development between Cowichan Tribes, WestUrban Developments and Khowutzun Development Corporation.

“[The First Nation owns] 51 per cent of this building and I don’t know anywhere else in the province of British Columbia right now where this has existed,” said WestUrban Developments Chief Operation Officer Terry Hoff at the grand opening.

Hoff says this is the first project they’ve completed with a First Nation and he’s ready to do more.

“The band worked impeccably with us through the whole development, guidelines, the design of the building. They had say and influence on the architecture and then it was about executing a plan,” said Hoff.

The majority ownership gives the First Nation a larger stake in the future of the building, with the units housing both Indigenous Peoples and residents of Duncan.

“Having their own place to stay gives them that ability to study and work hard to get an education. With an education, we’re looking at getting people employed,” said William “Chip” Seymour, Former Chief of Cowichan Tribes.

Seymour says Elders of the First Nation decided to name the building Eyuhwum after an Elder who owned the land. He calls this move, along with having majority ownership, a step in the right direction for reconciliation.

“I think that people living here will have pride and look after it. That’s what we need: to have that pride of ownership,” said Seymour.

The complex comes at a time when housing is desperately needed, with Duncan’s mayor saying she’s ready to see more projects like this one.

“It was exciting that we were able to be a small part of it and to continue these types of partnerships and collaborations, and conversations as we move forward,” said Mayor Michelle Staples.

While there’s currently no vacancy at the building, Hoff adds that WestUrban is discussing future projects with Cowichan Tribes and other First Nations. 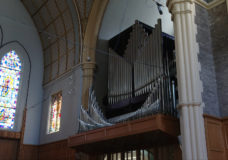 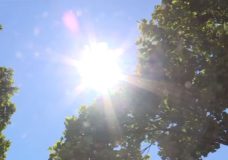 Rob Shaw: B.C.'s emergency alert system is ready for use