WATCH: A Cowichan brewery has come up with a delicious solution to the tonnes of bread bound for landfills each year: make it into beer. The Cowichan Green Community approached brewers about it, seeing loaves upon loaves going to waste and as Skye Ryan reports, it’s turned into a surprise hit.

Fresh from the barrel it is still fermenting in, Small Block Brewery’s latest bread beer is coming along nicely according to brewer Mike Ethier.

“We didn’t know what to expect at first,” said Ethier.

“Just it was a whole new thing so it turned out really good.”

The Cowichan Green Community first brought the idea to Small Block Brewing a few months ago with a goal of reducing local food waste by diverting the huge amount of bread that’s unsold at grocery stores and bound for the bin.

“There’s just too much bread for everyone,” said the Cowichan Green Community’s Nathan Harben.

“Not everyone’s going to eat that much bread and so we’re really kind of connecting and trying to pick up this bread. We cut it up into tiny little pieces. We give that to Small Block Brewery and they put that into their mash and start the beer process.”

The brewery loved the idea.

“We had a good feeling for sure,” said Small Block Brewery’s Morgan Donnelly.

“Obviously the brewery saves on ingredient costs and that waste product actually goes into something as great as a local craft beer,” said Harben.

Yet, Rye-Cycle’s flavour may have even exceeded the good intentions behind it.

“It’s really tasty in fact it’s got a huge hit. All the beer nerds have come out and raving about it.”

“You can definitely taste the rye notes,” said Donnelly.

“It’s a nice, warm, earthy sort of fall like beer.”

It’s been such a success, that Small Block Brewing is releasing a sourdough beer later this month and Nanaimo’s Loaves and Fishes Food Bank is considering partnerships with several of that city’s breweries to make the recipe work there. 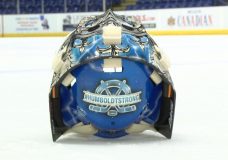 The man behind the painting of the Victoria Royals goalie masks 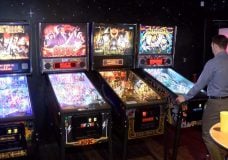