Posted: Oct. 31, 2021 6:12PM
CHEK
WatchThe Association says the temporary move for the winter months will help gillnetters who are hurting financially due to salmon closures.

Kim Olsen has been a commercial fisherman on the coast for decades and says he’s never seen people like him hurt as much as they are right now.

“Families have split up, people have lost houses, they’ve lost boats and I know one fellow who has contemplated suicide because he’s so far in the hole now because of what the government has done to us,” said Olsen.

Gillnetters have been shut out of the salmon fishery in areas C and D on the south coast since June. Seiners and trollers are only getting a bit more. He says gillnetters are being made the scapegoat for low salmon numbers.

Commercial Fishers like Al Ladret travel up and down the coast, spending thousands of dollars on fuel only to get to be told at the last minute there’s no opening for fishing.

Olsen said the fleet has asked the Federal Government for financial aid and the answer was no, even though most don’t qualify for employment insurance and only a handful received the Canada Emergency Response Benefit known as CERB.

“We asked if we could have our license fees back which we paid for yet we weren’t allowed to fish. The answer from the government was no,” said Olsen.

They also asked for free moorage at federal harbour facilities such as Cowichan Bay and were turned down.

However, Olsen says as President of the Cowichan Bay Fishermen’s Wharf Association, which takes the moorage payments, he is now offering free moorage for up to 20 gillnetters or gulf trollers for the winter months and wants other harbour facilities on the coast to do the same.

“It’s one less bill hanging over their heads this winter and spring, so we hope people will take us up on our offer and other harbours will do the same thing,” he said. 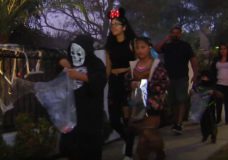 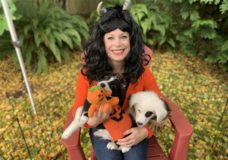