Playing hockey at Harvard University feels a world away now for Maryna MacDonald. She is now back at the Port Alberni rink where she first learned the game.

The rising star credits this place and its people for all her success.

“It’s really cool to try to pass down what I got through this community,” said MacDonald.

COVID-19 has benched the Harvard women’s hockey team that she’s played two seasons on. The school also cancelled on-campus instruction this fall. So the 20-year-old Ditidaht First Nation woman, who originally comes from the small community of Bamfield, is back in Port Alberni, coaching kids who are trying to follow in her footsteps.

“Pretty cool that you can see people that are really good that come from your community,” said Peewee player Rain Olsen.

“It just shows that over here we can go play anywhere,” said PeeWee player Brooke Mauke.

“And then she comes back and coaches for her hometown.”

Until Harvard resumes classes and sports, MacDonald is filling her schedule as an assistant coach of the Alberni Valley Bulldogs Peewee team that she once played on.

“It’s definitely kind of a blessing in disguise being able to watch these kids grow and already it’s only been a few weeks and I love showing up and coaching them,” said MacDonald.

She’s coaching alongside Mike Doucette, who originally coached MacDonald when she was eight.

“It was actually emotional the first time when I asked her and she decided she was going to come out.”

According to Doucette, MacDonald is changing what many of Alberni’s female hockey players now think they can accomplish.

“It’s amazing how she’s giving back,” he said. 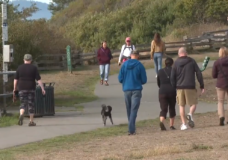 Fall forecast for Vancouver Island warmer and wetter than normal 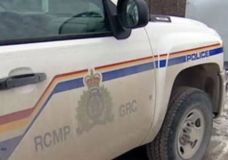