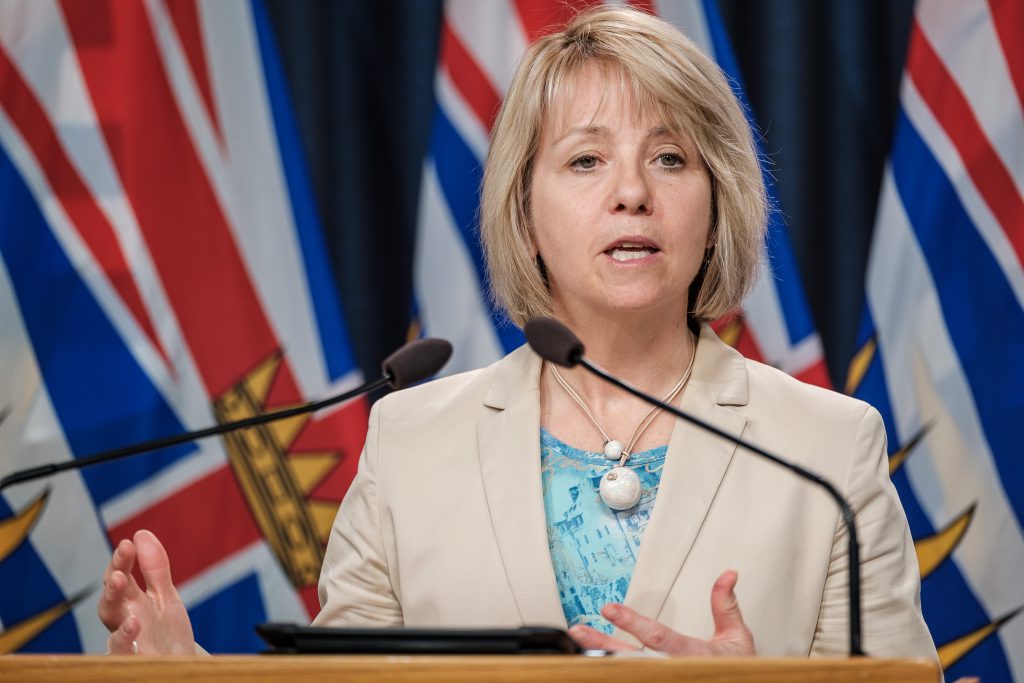 B.C. health officials said on May 7 there were two new cases of COVID-19 in Island Health. On May 8, the B.C. government said the two cases had been added in data error.

Two more people have died: one in Fraser Health and one in Vancouver Coastal Health. The death toll from COVID-19 in B.C. is now at 126.

In Island Health, two people are in hospital with COVID-19.

There are 21 active outbreaks in long-term care homes and acute care units. A total of 280 residents and 180 staff have been tested positive. Eighteen outbreaks have been declared over.

Health Minister Adrian Dix said restrictions on visitors must continue to long-term care homes due to the active outbreaks, even on Mother’s Day.

“The primary goal is ensuring the safety and health of people in long-term care.”

As for community outbreaks, there have been 56 cases at Superior Poultry Plant in Coquitlam, 35 in United Poultry Plant in Vancouver and seven in Fraser Valley Specialty Poultry. There have also been 134 cases at Mission Correctional Institution and 16 cases connected to the Kearl Lake island project in Alberta.

Henry stressed Thursday afternoon that B.C. is still in phase one of the province’s reopening plan, with phase 2 to come on the May long weekend.

Premier John Horgan said Wednesday that small gatherings with up to six people will be OK by next weekend, with precautions.

Henry said the province wants a slow and thoughtful reset.

“We do not want to undo what we have done,” Henry said.

She said just because something is allowed under the reopening plan doesn’t mean people should change what they’re doing right now.

One example is gyms. Henry said there has been the transmission of COVID-19 in gyms in BC. She doesn’t see them reopening unless the public and private facilities can prove they are adhering to public health measures, including adequate cleaning and physical distancing.

Henry said she expects the reopening of gyms/fitness studios will be part of phase 3 in June. Phase 3 is contingent on transmission rates remaining low or declining.

Henry added that when gyms reopen, there will be restrictions in place, including limits on the number of people.

Earlier Thursday, Dix said COVID-19 created a backlog of surgeries that could take two years to clear, even with an “ambitious plan” announced to increase health-care capacity.

Dix said Thursday afternoon 17,308 surgeries were completed between March 16 and May 2 for urgent cases, many involving cancer and cardiac cases.

According to the BC government, there are 30,000 patients whose surgeries have been cancelled or weren’t scheduled because of COVID-19 health restrictions.

The first year of the plan will cost $250 million, and includes hiring additional staff, expanding hours, opening new and unused spaces, and turning to private clinics.

The government said it will start calling each patient this week to confirm that they want to proceed with surgery while COVID-19 is still a concern.

Beginning May 18, surgical services will resume and increase capacity over four weeks to near-normal levels.

By mid-June, all existing operating rooms should be running at full capacity. Over the next four months, the government plans to extend daily hours of operation, add weekend surgeries and open new operating rooms where available.

Health officials warn that the projected timelines are “highly vulnerable” to external forces such as new surges of COVID-19. For every 10 per cent of non-urgent cases that go unaddressed each month, the timeline is extended by up to half a month, they said.

The pandemic also erased any gains the government had achieved as part of a five-year plan to boost surgical and screening capacity. In the last three years, 35,000 more patients were able to access surgery and wait times for hip, knee and dental surgeries dropped, the government said.

However, Dix said the measures taken to clear the short-term backlog will have the added benefit of increasing capacity in the longer term.

“Our surgery renewal plan beginning this month is going to be a massive renewal. It is a hugely ambitious plan that will keep up with new demand for new surgeries and clear the backlog created by COVID-19,” Dix said.

The new staffing plans involve offering all existing, reinstated and graduating nurses the opportunity for regular permanent employment. This year, 1,550 nurses are graduating and among 2,404 existing operating nurses, 1,331 are working full-time equivalent hours.

The government will also target and recruit surgeons, anesthesiologists and support staff like housekeepers and medical device processors.

Urgent and emergency surgeries, the majority of which were cancer-related, have continued throughout the pandemic.

The human cost of cancelling surgeries is not known but Henry said the government is working on an analysis of human health during the pandemic.

The death rate from all causes has remained relatively stable in B.C., although Henry said the pandemic may have had unexpected consequences. Some people avoided going to the hospital for emergencies and illicit overdose deaths also spiked in March.

Premier John Horgan acknowledged the sacrifice of B.C. residents who have suffered in pain while awaiting new surgical dates. He urged the public not to forget them as we enter the “new normal” and said it’s not time to let down our guards against COVID-19.

“Because of those sacrifices, we’ve been able to move forward.”

According to researchers with Johns Hopkins University and Medicine, the number of confirmed COVID-19 cases worldwide is more than 3.8 million, with more than 268,000 deaths.

For more information about COVID-19 symptoms, visit the BC Centre for Disease Control website.

An earlier version of this article incorrectly stated there were 1,064 cases in Island Health. That number is for Fraser Health. Island Health is at 126 cases. CHEK News regrets the error.

Watch Dr. Bonnie Henry and Adrian Dix on May 7, 2020 below. Due to a technical issue, there is a slight delay at the start. 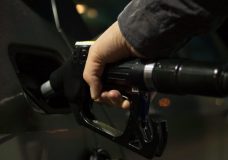 Gas prices up across Greater Victoria