Last week someone dropped off a dog at the Sooke Potholes parking lot and they didn’t come back. Mary Griffin explains.

Like most dogs, she likes treats and listens to commands. So Kiara Taylor can’t figure out why someone would abandon her. And Wallin says he just wants to find her owner.

“I just to find the person who did it. See the story behind it. If anyone who knows the dog.”

Wallin and Taylor were sitting in their car at the parking lot of the Sooke Potholes. They saw a silver hatchback drive into the parking lot. Then it stopped, opened the door, and a dog came out. They didn’t pay much attention until they realized the vehicle wasn’t coming back. But Wallin says the dog was still there.

“She was scared at first, so she walked away. And her tail between her legs. It took her some time to come over to me.”

She looks like she’s recently had a litter of pups and she’s skittish around women. Wallin would like to keep her, but isn’t allowed pets. He wonders if she may have been mistreated in the past.

“That’s what I think because she doesn’t like sudden movements.”

They are going to call the SPCA’s cruelty hotline with the few details they have on her owner’s vehicle.

“And what do you think of someone who would do that to a dog?”

“It just makes me sick. Honestly.”

Abandoning an animal falls under the Prevention of Cruelty to Animals Act with fines up to $2,000, if her owner comes forward.

Anyone with information is asked to contact the SPCA. 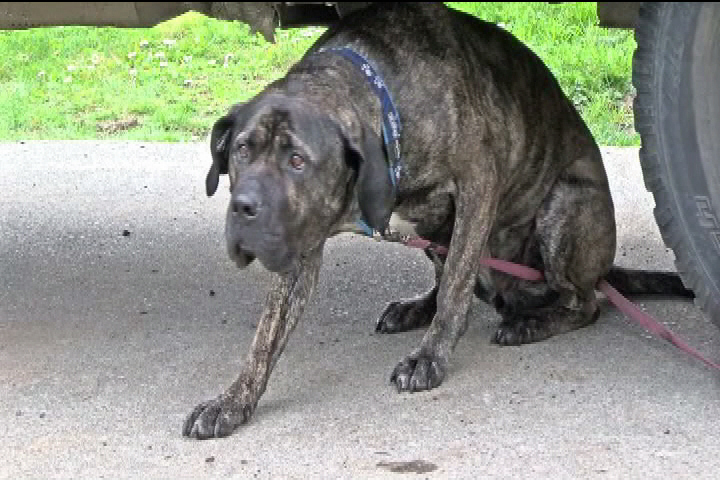 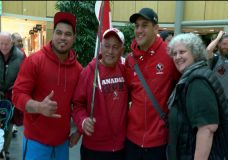 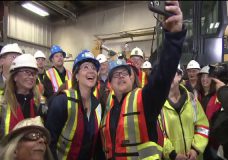