Sue Coleman grew up in England, but married a Canadian.

She’s lived in Victoria, in Metchosin, and home is now beautiful Cowichan Bay.

But her story of coming to Canada begins in Colchester Castle Park, in Colchester, Essex, back in England. And that’s when her husband Dan picks up the story…

“Sue had a girlfriend who’d arranged to meet my friend in the park. And so, when they got together, we got together, is how it worked!” says Dan Coleman.

But with a huge smile, Sue corrects him: “I got dumped with you, is really what it meant!”

But these two definitely had the last laugh as they just celebrated their fiftieth wedding anniversary.

But how did they get from Colchester Castle Park in Essex, to Vancouver Island?

“I was born in England” says Dan, “but I was raised in Canada up until I was sixteen, and then I went back to live with my mother.”

And shortly after that, he met Sue. They married when Dan was twenty-one, Sue twenty.

And he brought his English bride back to Canada – to Montreal, in October, 1967. Expo was thrilling, but the weather? Not so much!

“Slush, snow, oh it was horrible!” remembers Sue. “It was a bit messy!” Dan agrees.

“I had promised him I would give canada 3 years…” says Sue.

And so, they left Montreal, for Toronto.

“That was worse!” says Sue with a laugh. “I didn’t like Toronto either!”

So they flew on, to Victoria.

Sue remembers the flight warmly. “It was beautiful, and I thought, ‘all right, I can stay here for three years,’ and we hadn’t even landed!”

But…”they got me peeling potatoes!” Sue exclaimed. “One day! I lasted one day! I’m afraid I didn’t go back the next day, and I came home, and I said to him, ‘right, that’s it, I’m getting pregnant,’ and I did!”

“The building trade was in a big slump…it was very difficult to find a job” says Dan.

Their son was now ten. With Dan struggling to find work, Sue thought about becoming a real estate agent.

“Then I started to get sick…really sick. So I went to see the doctor…I wasn’t sick…I was pregnant!

“We should have been devastated, but we were both like ‘Yay! We’re going to have a second child.'”

Sue had always enjoyed painting, and thought perhaps that might be a way to make a little extra money.

“I thought, ‘well, I’ll go down to the Senior’s Centre and see if I can teach.”

But Sue says that the seniors taught her so much more.

“They kept saying ‘well, why do you do this? Why are you doing that?’ And they made me recognize my own talent.”

And Sue Coleman has been painting, and selling, her watercolours ever since. 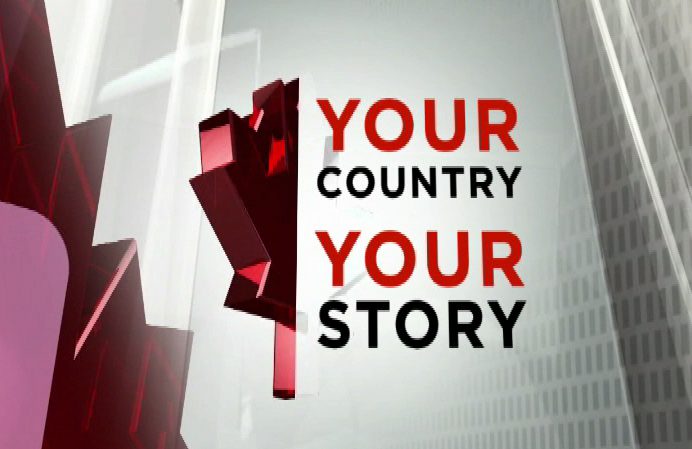 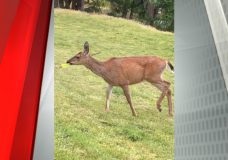 Deer with arrow through head spotted near Maple Bay 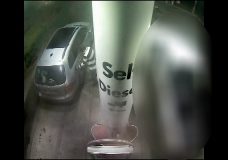