Cost of marine fuel and diesel also at record highs

WATCH: You’ll be paying more for fuel if you’re out on the water as well. The cost of marine fuel and diesel is up. Kendall Hanson looks at how those on the water will be impacted.

Jackson Huang said he monitors the cost of fuel closely.

“I just look at it every day. If it’s kind of lower, I immediately fill up my boats,” said Huang, who runs Big Ocean Sport Fishing.

Huang said he’s already had to raise his rates to cover rising fuel costs this year, something he doesn’t want to do again for fear of deterring customers.

“Yes, some of my customers are driving all the way from Vancouver, from Calgary, so they may go somewhere closer to their home. It’s expensive for them too.”

At Nanaimo’s gas dock, marine fuel is selling for $1.72 per litre. It’s the highest price many boaters ever recall paying.

“I wasn’t horribly shocked. I kind of knew what to expect but it’s a shock. One hundred litres of fuel was $172,” said Ron Kingston, a sport fisher, who lives part-time in Nanaimo.

Kingston caught some prawns and crabs Friday morning and said despite the high cost of fuel, it probably won’t change how often he uses his boat.

“I doubt it will slow me I’ll complain more but other than that no,” said Kingston.

The surging cost of fuel is something the Snuneymuxw First Nation also doesn’t want to see.

Last year, their boats transported 33,000 people from Maffeo Sutton dock to Newcastle Island (Saysutshun), one of the region’s premier destinations, and they’re expecting the numbers to increase this year.

“With the cost of fuel going up, that affects our ability of our visitors who come to Snuneymuxw to experience Saysutshun,” said Erralyn Thomas, president and acting CEO of Petroglyph Development Group.

They’re hoping the cost will go down to a price that’s more affordable for both customers and for their service to thrive. 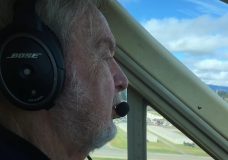 Ladysmith pilot helps search and rescue crews from above 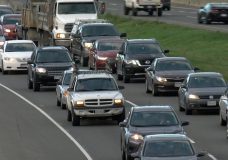 Is your car maintenance up to date? Saving money on gas starts with your vehicle, says experts