Convoy against COVID mandates descending on Victoria once again 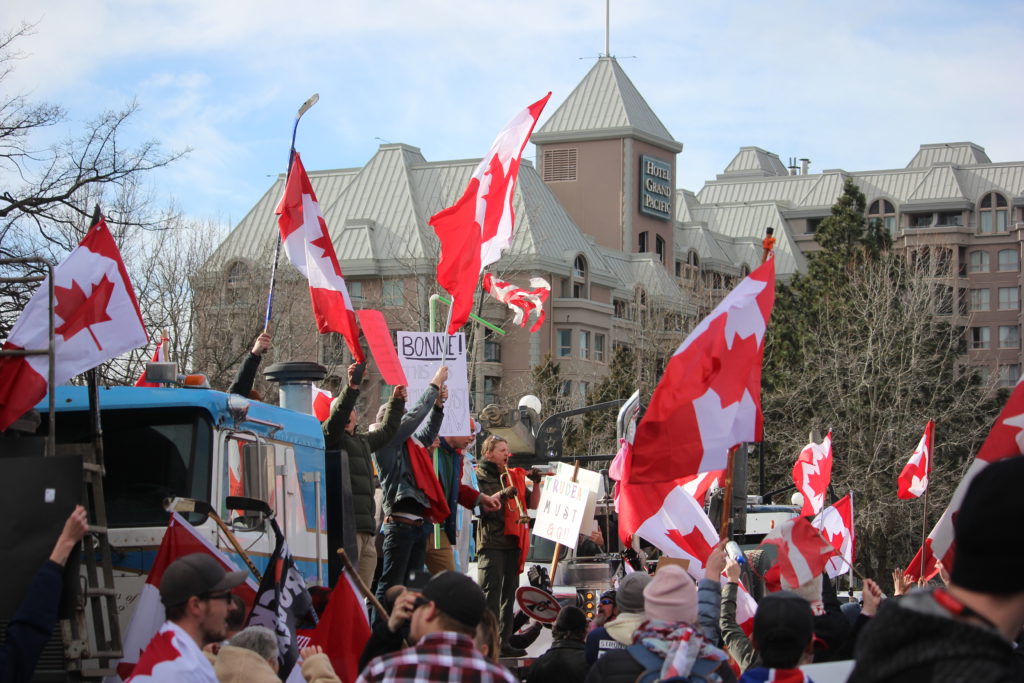 CHEK
An image of protestors gathering at the BC Legislature on Feb. 19, 2022

A convoy of vehicles and protesters unhappy with government pandemic mandates, mainstream media, vaccines, and the Prime Minister is descending on Victoria once again.

For the fifth Saturday in a row, a large string of trucks and other vehicles boasting Canadian flags is en route to Victoria, in hopes their protests will trigger an end to current COVID-19 restrictions.

Victoria Police say traffic disruptions are anticipated in downtown Victoria and in the area of the BC Legislature throughout late Saturday morning and into the afternoon.

On our way to Victoria BC pic.twitter.com/Op1m6L5TtT

Police note that CCTV cameras will be deployed in support of their operations to ensure public safety.

“The ability to protest in a safe, peaceful and lawful manner is a key Canadian right that is enshrined in the Canadian Charter of Rights and Freedoms. Our role as a police department during protests is to remain neutral while we ensure that public safety and people’s rights to protest safely, peacefully and lawfully are upheld,” reads a statement from Victoria Police.

“Dangerous and/or unlawful acts will be met with de-escalation and enforcement, including Criminal Code, Motor Vehicle Act and Municipal Bylaw investigations.”

Last weekend, seven violation tickets were issued by VicPD — some being mailed to drivers after the event — including infractions for excessive noise, obstructing traffic, and no driver’s license.

Since the “freedom convoy” first began its march to Ottawa, countless other support convoys and protests have since sprouted up in cities nationwide and at border crossings. What first began as a demand to end a federal government vaccine mandate for truckers returning to Canada, has morphed into a broader protest against all other COVID-19 restrictions, mainstream media, and the government. The movement attracted a cross-section of people including alt-right groups and controversial figures.

Although B.C. has loosened some of its COVID-19 restrictions such as opening up nightclubs and dropping gathering limits, demonstrators continue to hold signs protesting the vaccine card along with vaccine and mask mandates. 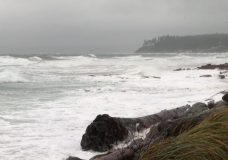 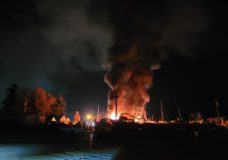