WATCH: Construction work for the CRD’s wastewater treatment project will cause a portion of Niagara Street to be closed to vehicle traffic for six weeks. Calvin To has more.

Beginning the first week of March, a portion of Niagara Street in Victoria will be closed to vehicle traffic to make way for a construction project.

The work involves the assembly of a metre-wide pipe that is part of the Capital Regional District’s (CRD) wastewater treatment project.

It will be put together using Niagara Street from St. Lawrence Street and South Turner Street as a staging area.

Work will take place on weekdays from 7 a.m. to 7 p.m. and on Saturdays from 10 a.m. to 7 p.m. for five weeks. During the sixth and final week, work will continue 24 hours a day. A portion of Dallas Road will also be closed to traffic at this point.

The pipe will be placed underground between Ogden Point and McLoughlin Point.

According to the City of Victoria, buses will be detoured, and garbage and recycling pickups will continue.

Emergency vehicles and pedestrians will still be allowed access.

Residents will be allowed to park on side streets.

“There is going to be a representative on site at all times to help any of the residents on Niagara Street through this period of time that their construction is going to impact them,” said Victoria City Coun. Margaret Lucas.

She said she plans on attending a community meeting to learn more about the project.

“I hope they will take care to provide access to where people have to go in James Bay,” McHardy said.

There are two community meetings planned: 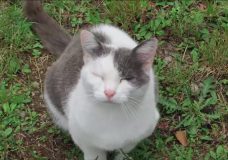